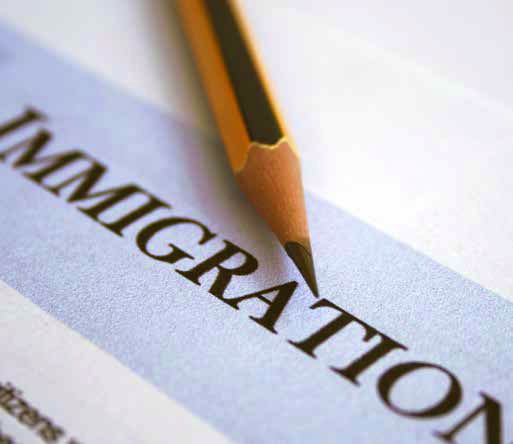 On Monday, 11th January 2021, four foreigners from South Africa, Hong Kong and Belarus were sent to a detention centre by the Indonesian immigration.

They are victims of a visa agent in Denpasar, Bali which failed to provide proper visas for over 40 foreigners.

“These foreigners are in trouble and are suffering from something that is not their fault. Indonesian immigration is handling the situation in the worst possible ways, unfortunately”

When foreigners came to immigration to report the agent and asked for advice, their passports were confiscated and given scheduled interviews. Foreigners were asked to present their case; submit relevant documents and proof which clearly shows they did everything on time, followed the rules and are not at fault.

Still, in the end, immigration asked them to come with packed bags and negative rapid test results. These foreigners were eventually sent to a detention centre but were misinformed about the process and conditions there. They were told that the process will be expedited so that they will need to spend only one night and the facility is like a hotel – the reality is far much different.

At present, there is an international ban on arrivals. Flights are limited until 25th January 2021, with a possibility of extensions. Because of this, these foreigners might have to stay longer than expected in the detention centre. Living conditions are not good, and the internet is restricted.

This all started at the end of July 2020. Indonesian immigration announced emergency visas were no longer issued and therefore asked foreigners to apply for a Social Visa. Alternatively, they could leave the country. Due to non-availability of flights back to home countries and risks involved in travelling, many decided to apply for a Social Visa, although this requires a local person as a sponsor. Not everyone can find a local willing to sponsor so they chose an alternative option which was to use a visa agent. At least 40 foreigners (possibly more) were scammed by such a visa agent, resulting in the incurring of huge overstay fees and now detention and deportation.

Payments for visa applications were well-received and extensions were provided on time but were then never processed, or processed late, incurring penalties.

Each of the victims provided passports as well as every documents and payment needed on time. They constantly followed up with the concerned visa agent and immigration but they were all still lied to and misled about the statuses of their visas.

Once reality started to come out about delays and incompetency of visa agents, many foreigners reported their cases to the local police and immigration, which turned up with no help or solutions. Some were even ready to pay overstay fees despite not being at fault. But immigration’s response was that they couldn’t accept overstay payments or release overstay billing until a sponsor is present with the applicant.

Immigration kept on sending them on a wild goose chase of bringing a sponsor or the agent to immigration and telling different information about visas in different offices. There was a time when immigration even stopped scheduling appointments for complaints because too many people were seeking help. Instead, foreigners were asked to wait and come back when their overstay has reached 60 days.

Stress and circumstances consumed lots of time and energy of these victims. It contributed to health problems and even the death of an elderly client. Few of these foreigners had emergencies and wanted to leave Indonesia but were unable to return to their home countries due to overstaying. An agent also allegedly held passports against the will of these foreigners in between their overstay period. This agent claimed that the passport was held in immigration.

The world has been going through a challenging time since the beginning of 2020, and these unusual circumstances can also contribute to unusual visa situation like this.

Indonesian immigration can understand the situation and set a better example by pardoning the overstay statuses and providing these victims with valid options to stay, yet immigration prefers to enforce rules. If they do, it should be justified to both parties. It is not fair to enforce rules on victimized foreigners while no action is being taken against the allegedly scamming visa agents.

Since foreigners are not at fault, immigration could at least show some compassion in these troubled times and can allow foreigners to stay in a designated place and remain in contact until the international travel ban is lifted and then do the deportation process.

Hopefully, through media awareness, the information will reach to relevant governmental institutions so that immigration can do the right thing.

DISCLAIMER: This story is based on an anonymous experience in Bali. Authorities concerned have not responded to Indonesia Expat’s inquiries.