As a middle aged man I don’t mind admitting I have no idea what wellness is. Then again I don’t know how to use leverage as a verb and I don’t get excited about gadgets named after fruit. So when the Editor told me Wellness was the theme for this issue I had visions of writers’ block. What did I know of burning incense, walking on pointed stones, aromatic candles or sticking sliced cucumber on my eyes with angels in the background singing Kumbaya?

To address my ignorance I did what every member of the internet generation did: I turned to Wikipedia and was totally unsurprised to learn that a Halbert L Dunn MD, lecturing at the Unitarian Universalist Church defined wellness as “an integrated method of functioning which is oriented toward maximizing the potential of which the individual is capable. It requires that the individual maintain a continuum of balance and purposeful direction within the environment where he is functioning.”

So that’s that then.

All sounds a bit hippyish; long-haired smelly teenagers ‘dropping out’ of university to lose themselves on the hippy trail east via Istanbul, Kabul and Kathmandu in search of enlightenment. Wellness for them meant sitting under the stars next to their broken down Combie, strumming guitars, talking in awe of Janis, Jim or Mick while getting stoned in pursuit of their own purposeful direction.

Today, wellness has become as commercialized as everything else, one person’s search for enlightenment is another’s profit, but there is no denying when mankind reaches a certain level of security they look for something deeper. Once upon a time it was in religion. In the 18th century, as Great Britain started to feel the monetary benefits of empire, the middle class looked beyond four walls, a full plate and a roof. They headed off to Europe in search of their own greater meaning, a journey that became immortalized as the Grand Tour, taking in the sights of ancient Greece and Italy, as well as marveling at the majestic natural beauty of the Alps.

With no Lonely Planet guide book or internet immediacy, they would flit between Florence, Rome, Naples and Athens drinking in the classic glory of those ancient civilizations. They returned home reinvigorated and energized with ideas of humanity mixing with a taste for classic architecture that influenced a generation of architects.

The late 1960s were a different time. The older generation had experienced two World Wars, but the young generation were growing up in a more peaceful, stable time, cold war notwithstanding.
Officialdom, used to getting their own way, was being questioned by teenagers angered by the indiscriminate napalm bombing in Vietnam and inspired by a growing youth culture that talked their language.

They couldn’t get no satisfaction, it was their generation and the protest rock of Rolling Stones, Bob Dylan and The Who spoke a language they could understand. When the Beatles found India, thousands put on their tie dye, bought John Lennon spectacles and learnt how not to inhale. Fed up with the inequalities and injustices in their own societies others followed in their footsteps. 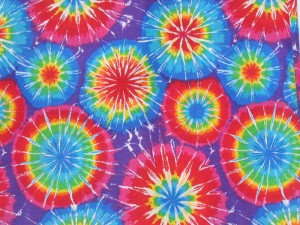 Hippies embraced love and peace; a hedonistic response to the hate and war that had blighted so much of the 20th century all around the world. They wanted flowers in their hair, not guns in their holsters. It was an idealistic vision of a future deep with meaning, resonating with ideas like fulfillment. Like the punk rockers who followed a decade later, hippies did their own thing. Their search for inner peace, or whatever they were after, was an individual one that could take in drugs, religion, sex or music. If inner peace was the destination then only the individual could decide how to reach that inner peace, and only they could decide if they had reached that destination.

Punk fizzled out when everything became a clone of Sid Vicious. The personal identity had gone as the latecomers, desperate to belong, copied the dress but forgot the attitude or individuality that had sparked the ‘movement’ in the first place. We never noticed it at the time, but we were coming towards the end of ‘youth culture’ as a movement. Teenagers flirted with make-up and cross-dressing in the new romantic era but society was slowly becoming homogenized and rock n’ roll was having its cutting edge blunted by the big labels who sought the reliability of Kylie Minogue; music mother and daughter could buy and share.

We are now in the 21st century and to me the idea of an individual looking for inner peace seems odd. The sons and daughters of the hippies who sat on Freak Street getting high are part of the rat race their parents thought they were rebelling against. Youth culture as we knew it in the 60s, 70s and 80s has all but disappeared, replaced by packaged pop produced by moguls like Simon Cowell.

Our escape to an alternative reality has been replaced by reality TV which allows us to guffaw at others’ fumbled attempts to improve themselves for our entertainment. Companies want us pigeonholed and we seem happy to let them. We no longer buy products, we buy pre-packaged lifestyles. A car no longer gets us from A to B and a phone is no longer used to communicate with someone. Now they have to say something about us. Go to a meeting with the cheapest made in China hand phone you can find and watch the reaction of others as they place their smartphones and tablets on the table in front of them. Consumption is nothing if it cannot be seen by others.

From the Rolling Stones and Janis Joplin we have ended up with One Direction and Lady Gaga in just 45 years. Little wonder then that wellness should have become another product for us to consume; something else we buy to let other people know how we see ourselves. The individual Dunn referred to has all but gone. There are no more individuals. We have all become mere cogs of a greater whole.