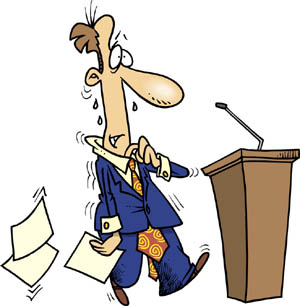 About ten years ago I received a call from an old friend of mine in Manila. He asked me if I had much spare time at the moment and as it happened I did. He asked me if I could help him out with a “quick presentation” the following day in Kuala Lumpur because his wife was about to give birth. He told me a bit about what needed to be done and after grasping the basic concept and negotiating a fee I agreed to go.

The following morning I was on a flight to Malaysia and reading and rereading the email my friend had sent me overnight outlining the “mission”. I was simply to meet the client, shake hands, and then hand over a certificate while posing for a few photographs that would subsequently be used by the company for press releases. ‘No problem’ I thought, in and out in half an hour tops. I jumped in a taxi at the airport and gave the address.

As I approached the offices of the client I was to meet, I saw flags announcing the 100th anniversary of the company. As we got closer, I could see that the car parks in front were completely full and people had resorted to parking on the sidewalks and in every available space anywhere near the offices. I was escorted from the car to the executive offices, where I was invited to sit for a moment while they informed the boss that I had arrived.

Seconds later the large double doors to the boss’s office burst open and he emerged striding towards me with a broad smile and hand outstretched. I stood to greet him and he shook my hand warmly with both hands while welcoming me to his “humble” head office and thanking me for making the trip. I said it was my pleasure to be there and followed him into his office. I looked around for the cameraman but I couldn’t see one anywhere. We sat and made small talk for a while as coffee appeared. Then he spoke words that struck terror into my heart. “Your speech will be after mine at about 2pm and then straight after that we’ll do the presentation, OK?”

I sat there with a fixed smile on my face wondering what on earth I had got myself into. After a few seconds I managed to speak. “So we’re not doing the presentation here in your office then?” He laughed and explained why we were not. This was the company’s 100th anniversary and there were 2,000 VIP guests in a huge car park at the back of the offices. I was to speak for about ten minutes then make the presentation in front of the assembled crowd and members of the press. I swallowed hard. About half an hour later I was seated at the head table next to the boss and all the top executives of his company. They greeted me warmly and it became clear that I was in fact the guest of honour. After some formalities the boss went up to give his speech. I listened very carefully to everything he said and took notes on my napkin as his speech was the only basis I could use for mine. My heart was in my throat as I heard him finish his speech and give me a lavish introduction.

I made my way carefully to the stage, stopping on my way to the podium so that I could thank him for his kind words, tell him what a wonderful speech he had given and kill a few seconds. I stood at the podium and slowly composed myself. Firstly, I thanked the boss for his kind introduction of me and my (friend’s!) company, and congratulated him on his wonderful speech. Then I told the hushed crowd that it was bosses like him and great speeches like the one he had just given that make companies like this one great. Big round of applause. I asked him to stand up again at the head table and take a bow. He got a standing ovation – for about two minutes. I spent the rest of the ten minutes elaborating on the points he had made in his speech and expressing my amazement at the company’s achievements. To close, I told everyone present how proud they should be to be working for such a great company and how much they could learn from the great bosses who were sitting with me at the head table. I made the certificate presentation to nonstop applause and rejoined the head table where I was greeted with warm handshakes from all. I still don’t know what the company does.

Are you Mr Magoo, too?