For the last three years I’ve been listening to all of my fake hippy bule (foreigners) friends here, especially the ones from Jepara, I must say, who were talking non-stop about this end of the world. At the time, I was already laughing at them about this 21st December story. They seemed to believe that there would be major flooding in Holland (which was already happening at this date), that the ice would melt in the North Pole (was also already the case), then some meteorites would hit the planet (which happens every day for millions of years), and scarier again, that we might all die on this date! That was the nicest part actually…

As I am extremely intelligent, I started to think (I don’t care if you don’t believe that I can think sometimes) and I finally thought, “Who cares if we all die?” I mean, if you are the only one to die, then of course people are sad (or supposed to be), but if we all die at the same time then the end of the world is kind of a super fun event right? This is basically the end of the civilizations. Of course we can have some regrets to not have achieved all that we wanted – to not be a celebrity or an important person who changed the “soon destroyed planet”. Myself I would have dreamt to be in the middle of a list like Napoleon, Mick Jagger, John Fitzgerald Kennedy, Cleopatra, Derrick, Benny Hill or Bambi but I won’t. I will be on a list like Jean Claude Durant, Philippe Dupond, Laurent and other very rare French names.

I will tell you my version – all this nonsense of the 21st of December only happened because some anthropologists and scientists misinterpreted a Mayan calendar that the Mayans themselves didn’t understand! The last “Mayanese calendar-maker” in a small Mayan town was too lazy to extend his perpetual calendar to the year 3024 and bing, thousands of years later, our brilliant scientists misinterpreted a cartoon on old stone… My God!

I must say that I never believed the scientists. They all seem amazingly intelligent, they studied for decades and basically ruined their parents by doing this, but they always answer our questions in a way that we can’t even measure. I remember before the eruption of Mount Merapi in Yogya, I was kind of concerned as it was snowing something which was not snow in the middle of the night on my roof. So I asked what the risk was to one of these young Einsteins. He answered, “It could be nothing or 10,000 times the power of a nuclear bomb.” I looked at him very impressed for three seconds. Then I thought that this guy had no brains at all. I also could say, in antiques expertise, your painting has a value of 25 dollars to 1 million dollars, but nobody would think of me as the most intelligent person on earth!

Anyway, after all those years I was ready to handle this date and was even a bit excited. It’s not every day that we will all die! I am the least believer around and strangely on this day I was feeling that I was the only one concerned! All my “fake hippy Jepara bule friends” already gave up about the story (never believe a hippy, especially the ones who own businesses). So, I asked our maid, “Mbak Siti. Tomorrow holiday for ever ya? Ha ha.” She looked at me and said, “Are you firing me?” Then I asked our satpam (security guard), “Mas Hendry, what are you planning tonight for the last day?” and he also answered, “Are you firing me?” Then I ended up thinking that I was the only one who had been corrupted by my Jepara friends. So I called one of them…

“Hi P. How are you? Are you ready for tomorrow?” And he replied, “Yes yes, your container is ready Laurent.” Bloody hell. I was the most sceptic and finally the most naïve. No one seemed to understand what I meant!

At this point, I was at peace. Everybody left the house at five and there were still seven hours to go. I was alone and decided to enjoy my last seven hours. I had two bottles of nice French wine, some “foie gras” (the expensive French paté that California banned instead of banning assault weapons). Then I waited and waited and drank and drank. I was not scared at all; I wanted to see an explosion or something big. That is the advantage of wine – a small event can seem amazing, so waiting for the end of the world was…formidable.

One of my neighbours is a very bad guy, kind of a thief, drug addict, not a reliable person at all. But still he is my neighbour and it was the end of the world. So I went to the front gate and asked Mas Agus, “What is the craziest thing I can do right now?” He told me, “Laurent, wait a minute”, and came back with something wrapped in aluminium foil. “For free the magic…” 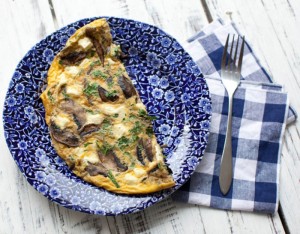 I went back home and opened the aluminium present and found three small bad omelettes. I immediately understood that these were some “natural fair trade ecological vegetarian magic mushrooms”. As I don’t trust this guy at all, I put the omelettes back in the fridge. One hour later I finished the second bottle of Bordeaux Saint-Emilion and everything seemed so beautiful. I was more at peace than ever. In one hour, I will be dead.

I finally decided that I wanted to finish my Nutella pot, but when I picked it up in the fridge, I saw the aluminium package from Agus. Hmm… After two bottles of wine, even three small bad and oily omelettes in my Indonesian fridge look beautiful. I hesitated for… eight seconds. Then I ate all of them in one minute. I sat on the terrace listening to some very bad French songs that I love – one called Je suis malade from Serge Lama. It means “I am sick” but the guy is talking about love sick. After 20 minutes, I was sick like hell too, but not in a love way! At 11.50pm, I was in my toilet trying to throw up the culinary works of Agus. It was horrible. Between two painful rejections, I checked my watch and at 11.59pm, I was thinking, “What a pitiful way to end the world!” Maybe one day, in 20 million years, some archaeologists will find me fossilized, half naked throwing up next to a very rare TOTO porcelain toilet. Even maybe this kind of sculpture will be sold in an auction or displayed in a naturalist museum!

The next day I woke up alive, with a big headache, and a very pale face, but the sun was shining. My conclusion is that life is beautiful, but please never ever listen to the hippies and the Mayans! They are a big bunch of liars!