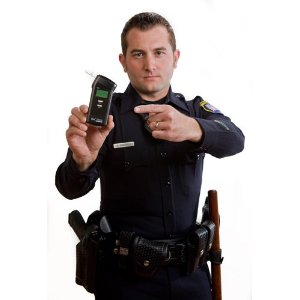 My friend Tony and I were coming back from a party late one night on his Suzuki 250 motorcycle when he misjudged the angle of a tight left-hand bend and hit a three-foot high graveyard wall at almost 50 mph. I remember using Tony’s back as a ramp as I flew into the air and completed a full somersault before landing hard face down in patch of stinging nettles. I pulled myself together and realised I was okay – winded and suffering from multiple stings to the face, but otherwise fine. Tony was lying on his back on the other side of the wall next to the road, his face a mess of blood and the entire front of his body shredded from a nasty encounter with the wall that I had flown over. Something had ripped a hole in his left cheek and, as he breathed, blood bubbled out of it in considerable quantity. He was bleeding badly from multiple other cuts and abrasions and I really believed he might die. Then he spoke.

“Man that hurt… How’s the bike?” I looked down the road. The bike was on its side straddling the white line, smashed to pieces. “It doesn’t look too bad…” I lied, not wishing to add to his hurt.

I started to wonder what we were going to do. We were miles from anywhere in rural England and there was nobody around. Then a Ford Transit van appeared from the other direction and stopped right beside us, windows down. “Need any help?” the driver asked, knowing the answer.

We shoved the bike off the road, threw Tony in the back of the van and I climbed gingerly in to the front passenger seat. The driver introduced the young woman who was sliding over into the centre of the front seat. “This is my wife Angie,” he said. “She’s a nurse…” I couldn’t believe it. Of all the people who could have appeared at that moment, we had lucked out with a nurse. She said “Hi,” then jumped over into the back and started cleaning Tony up as best she could.

At the hospital they laid us out in the Accident and Emergency department and began checking us over. Tony looked terrible, but as they cleaned him up it became apparent that the worst damage he had suffered was the hole in his cheek. The rest was just cuts, grazes and bruises.

Suddenly a stern voice disturbed the peace. “Right Mr. Chapman, by the smell of you this is a waste of time, but I want you to take a deep breath and blow into this bag until I tell you to stop. Clear?” We looked behind us to see a police sergeant standing with the dreaded breathalyzer in his hand.

Tony looked at me in despair, nodded, and pulled himself up on to his elbows. He took a deep breath, put the tube in his mouth and blew as hard as he could. Immediately the stitches in his cheek burst and blood gurgled out and ran down his face. At that moment the duty sister appeared.

“What the hell do you think you are doing?!?!” she demanded, sounding like a school teacher. “I am giving this man a breathalyzer test,” the sergeant replied. The sister’s face was thunder. “Can’t you see he’s injured? You’ve just broken his stitches! Get out!!” The sergeant looked confused. “But…” “GET OUT NOW!!!”

The sergeant looked very sheepish then turned back to Tony. “We’ll just have to do a urine test later then won’t we Mr. Chapman? I can wait.” Tony slumped back on to the bed trying to hide a smile. “You won’t come back in here until we’ve finished our examination!” the sister shot back. Now get out!!” The sergeant reluctantly left. “Don’t worry boys,” the sister said furtively when he was out of earshot. “We won’t be finished with you for hours. Unless you drank enough to sink a battleship, your wee wee should be fine by then.” She laughed heartily and walked out, and from the corridor we could hear her berating the sergeant again. What a woman.

Traffic Accidents Still Main Cause of Death and Health Problems