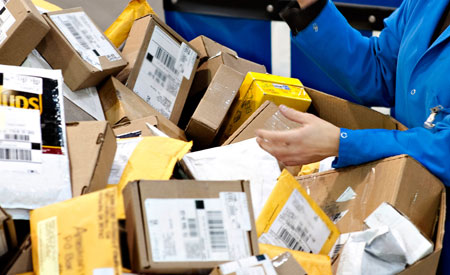 The trend of returning goods to foreign countries from Palembang has increased following the implementation of new tax rules on the importation of online goods valued above US$3 or around Rp44,000.

The regulation officially began getting applied on 30th January. Head of Counseling and Information Section of the Customs Supervision and Service Office, Dwi Harmawanto stated that there have been around 35 goods returned to their country of origin.

“Many recipients of goods are shocked because they suddenly have to pay additional import duties of up to Rp400,000. In fact, so far, they have only been free. Finally, there are those who do not collect and we return it,” he explained.

Due to the coronavirus outbreak, many people are reconsidering whether to accept any goods from outside the country, especially from China. In general, the US$3 import duty rules make all goods originating from abroad and entering the Palembang Post Office subject to additional taxes, including goods that were previously free from additional taxes.

The rule applies to all goods with a price above Rp45,000. As a result, there has been a decrease in delivered goods from outside. Palembang Customs and Excise continues to publicise the US$3 import duty rules since the target is ordinary postal items made by the general public, not large-scale importers.

“The trend is already pointing downwards; shipments have begun to decrease, such as bags, shoes, and clothes because the tax is pretty good,” said Dwi.

Ahok Lashes Out at FPI Leader During Trial