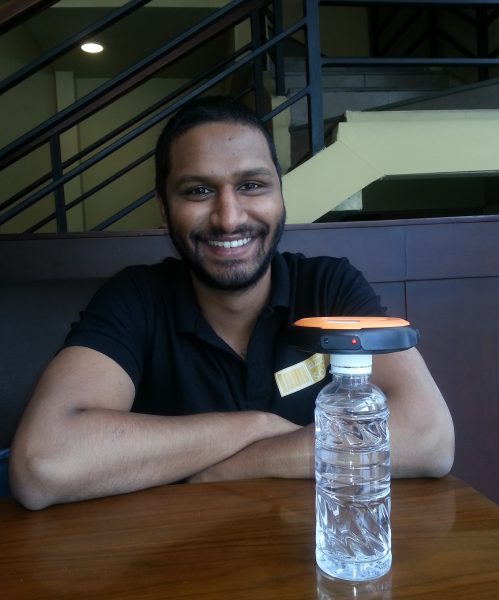 You would think that Indonesia would be the perfect place for solar energy to thrive, considering its year-round sunshine. However, due to financial, technical and economical constraints, it doesn’t look like solar power will become one for the masses anytime soon. This hasn’t stopped one man from trying to harness the power of the to better the lives of poor villagers in rural areas of Jakarta.

Why solar? Chanrai was intrigued by the power of the sun and questioned why it hadn’t been adopted in Indonesia. According to Chanrai, “PLN (Perusahaan Listrik Negara) isn’t reaching enough people – there are 250 million people in Indonesia and according to a study by the UN, one in four has limited access to electricity. PLN subsidies are getting higher and higher, reaching US$40 billion in 2014 because the grid system is just not reaching enough people.”

Chanrai is optimistic about solar power and believes it has a bright future. “Solar energy can be applied very quickly. As long as you have land or a rooftop, it can take a day to fit out an entire home. Considering the infrastructure in Indonesia, which can make reaching rural areas time-consuming, solar power is the perfect resource,” he explains.

One of the main reasons why solar energy hasn’t reached the masses in Indonesia is that it is very expensive to initially set up, costing around US$30,000 to fit out an entire home. It’s an investment, however the upfront cost is still something people can’t afford in a country where the GDP per capita is US$3,533 (International Monetary Fund, 2014). Electricity in Indonesia is still cheap – at 8 cents per kilowatt-hour – and when the cheaper option is there, that’s what people go for. 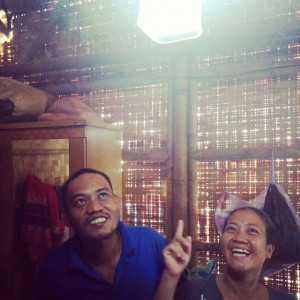 Germany is the world’s leader in the use of solar energy; a country with a GDP of US$47,589 (International Monetary Fund, 2014), over 13 times that of Indonesia’s, tying in with Europe’s plans of decarbonisation by 2050. China leads the way in the production of solar technology, so far unbeatable in terms of pricing.

Chanrai urges the public to consider adapting a little bit of solar into our daily lives. “Look at parts of your life to see where solar energy can be applied; it’s very scalable,” he urges. “Little actions where you apply solar power will help in the long run, even starting with charging your phone.”

The idea for BFP came about when Chanrai started selling solar power phone banks to the Indonesian public, receiving an order from someone in Sukabumi requiring the chargers to power the lights in his home because of regular blackouts in his area. This opened Chanrai’s eyes to poor people living further away from the grid, who were in need of an alternative way of powering lights.

BFP today focuses its work on the Marga Mulya area of North Jakarta, a poor area with many children and families with very limited access to electricity. Families were unproductive at night and children were unable to study or read once the sun set. BFP has changed family habits, including safety, and plans to branch out to many more areas in need in the future.

The programme has developed its own ingenious, low-cost system, whereby a small solar panel can be attached to a re-used water bottle filled with water (bleach can be added to increase light from refraction), which also promotes the re-use of drinking bottles. BFP collaborated with a 3D printing company to print a ‘bottle cap’ for each panel, used to attach the solar panel to the water bottle.

Villagers just hang the panels out in the day to capture energy from the sun, and when fully charged the battery can provide four to six hours of light in the evenings.

The panels will produce electricity for about 25 years and BFP carries out regular maintenance for their projects to ensure sustainability.

Currently Chanrai is working together with Brandon Fernandes, a student at JIS, on a larger installation project in Marga Mulya for the community area;setting up solar-powered generators in four to five homes. Funds for this project were raised through crowdfunding and through fundraising done at JIS. Donors to BFP have generally been from the 25-35-year-old age group, as according to Chanrai, solar power is considered “fashionable”.

Receivers of the solar panels are asked to give a one-time fee of what they can afford, be it Rp.2,000 or Rp.5,000, which gives a sense of ownership and responsibility. “When we gave away for free, we found people wouldn’t take care of it and they would even sell it, whereas if they give something for it, their mentality changes,” says Chanrai. The remaining costs are covered 10% by Azzura, and the remaining from sponsors.

As Chanrai’s dreams are for every one of his campaigns to be larger than the last, future plans are to provide solar energy to an entire village. Plans would be to provide solar-powered lighting for ten homes, including a solar-powered pump system and street lamps around the village. Chanrai visiting potential sites for his ‘Solar Village’ and there will be a crowd-funding campaign on kitabisa.com in the not-too-distant future, so keep your eyes peeled if you’d like to help shine a light to others in need!