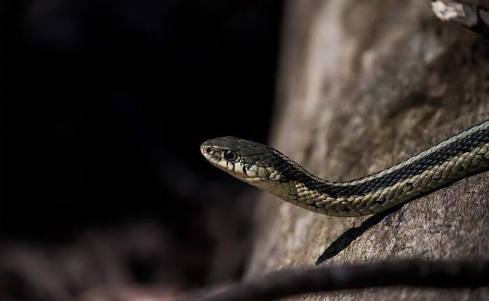 A video of a commuter casually manhandling and killing a snake that was found lurking on a Jakarta
train has become an online sensation.
The footage, recorded using a smartphone, shows a man wearing glasses and carrying a backpack, calmly confronting the serpent when other commuters, including a baton-wielding security officer – appeared to be fearfully keeping their distance from the snake.
The unidentified man moved closer to snatch the snake’s tail before smashing its head on the floor in a violent whipping motion that was so powerful and expertly done that it apparently instantly killed the serpent.
It is understood that the incident occurred when the train, which was headed to Jakarta from Bogor, made an emergency stop after the reptile was discovered slithering on a baggage rack above passenger seats. Thanks to the heroic actions of the snake-killer, no passengers were reported injured by the snake.
The serpent is thought to have escaped from a passenger’s bag, according to train operator KCI, who has publicly apologized for the incident. “We regret the incident and apologize to train travelers who were disturbed by it,” spokeswoman Eva Chairunnisa told AFP, as quoted by the Telegraph .
This the latest in snake-related incidents in Indonesia that have garnered international attention. Last month, a security guard killed a huge python which was blocking traffic as it crossed a road in Indonesia, wrestling with the 23-foot reptile which savaged his arm.

Extra Supervision for Arrivals From 7 Countries