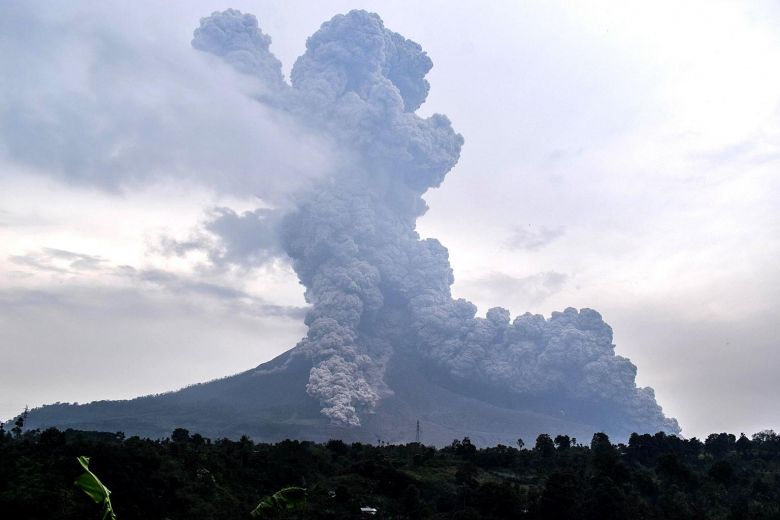 Indonesia’s Mount Sinabung in North Sumatra, erupted on Friday, April 6, spewing a massive volcanic ash column up to 5km into the air and sending hot clouds as far as 3.5km in different directions.

The eruption took place at 4:07 pm, shocking local residents living around the volcano. Mt Sinabung had been relatively quiet for the past month.

“There was no eruption recorded in the past month. This quiet condition has been disrupted following the big eruption today,” Pelin Depari, resident of Gurukinayan village said.

The head of the Mt Sinabung monitoring post, Armen Putera, said Friday’s eruption showed that the volcano still had high levels of seismic activity. There were no reports of injuries or deaths.

The volcano, the highest peak in North Sumatra, first erupted in 2010 after being dormant for 400 years, and has remained active ever since with deadly eruptions in 2014 and 2016 claiming at least 20 lives.