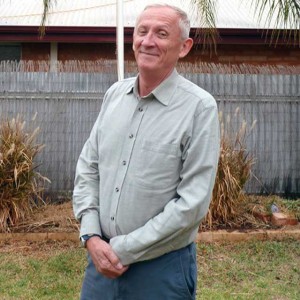 Patrick, where are you from and how long have you been living in Indonesia?
I am English and have lived in Indonesia for nearly 30 years.

You’ve been involved with the UN’s Development Programme as well as Oxfam. Could you tell us a little about the work you’ve done?
I came to Indonesia originally to conduct research into indigenous methods for dispute settlements for my PhD in Social Anthropology. Since then I have been involved in a number of different activities including some teaching in Palembang, OXFAM, UNDP’s Crises Prevention and Recovery Unit and currently with an AusAID programme for poverty reduction. My interests, however, have always been primarily in individuals and how they react to events outside of their control and the consequences, good or bad, of the decisions they have made. In particular, I am concerned with issues of social exclusion which can result from many different causes, but for which development in the general sense is probably not an answer. My new novel, Jaipong Dancer, is set around a number of individuals who, for a variety of reasons, have become outcasts from their local society.

Have you been involved in projects outside of Indonesia? If so, to which countries has your work taken you to?
I spent three years working on conflict prevention in the Chittagong Hill Tracts on the borders of Bangladesh, Burma and India. I have also spent some time working in Afghanistan, Pakistan, Palestine and South Sudan.

I’ve read that you’ve spent time living in remote villages in Sumatra. How long did you spend in these villages, and what brought you there?
I spent two years living in a highland village in Bengkulu Province in Sumatra, in an area called Rejang Lebong. I went there to conduct research for my Ph.D in Social Anthropology.

And apparently you can speak several Sumatran languages, which is quite impressive. Tell us about this.
I can speak one Sumatran Language well and am familiar with another one. I lived in small villages for several years and Bahasa Indonesia was not widely spoken then, although most people could understand some. To be able to participate in social life it was necessary to learn the languages. In doing so, it opened an enormous treasure trove of experiences which could not have been achieved without good language skills. You recently wrote your first novel, described as “A sweeping story of love, hate and moral corruption set against a backdrop of violent unrest in Sumatra during the 1950s.” What was the inspiration behind Jaipong Dancer, and what made you decide to start writing?
This is a very difficult question as there are so many different answers – and all the answers are correct. In many ways I feel an enormous debt to the people in the villages where I stayed – it was a life-changing experience and one which I could not have undergone without a lot of help. There are few novels outside of the small number of outstanding Indonesian authors which describe Indonesian life in all its good, bad and complex forms. Jaipong Dancer was a way of trying to repay the debt I owe to those people, albeit many of them have now passed away.

The inspiration for the book was a desire to share an understanding of how social exclusion shapes perception and behaviour and confounds conventional moral judgements.

What were the most challenging aspects of writing this novel?
Time, time and time. The book was written over weekends and evenings while working in the Chittagong Hill Tracts. It took two and a half years to write and involved giving up all but the barest minimum of social life so as to dedicate time to the novel.

The novel almost wrote itself – I was just the medium through which it was expressed.

Who or what would you say most influences your writing?
I hate prejudice and I hate stereotyping. Jaipong Dancer tries to explain some of the complexity of human relationships and to question moral judgements.

What did you set out to explore through Jaipong Dancer?
Jaipong Dancer traces the life of a beautiful young Javanese dancer who suddenly becomes a social outcast through an unwanted pregnancy and is forced to come to terms with life (and her pregnancy) without the social support networks that exist in communal life. The book explores the ways people respond to extreme stress and to strange situations and it questions the meaning of morality when perceived through the eyes of someone who is already an outcast.

And do you plan on writing any more novels in the future?
I have already embarked on my second novel which is set partly in Jakarta and partly in South Sumatra. This novel is based around issues of social identity and it again raises the issue of morality and how different people come to terms with their own actions and their understanding of those actions.

Thank you Patrick. If you’d like to get in touch, email patricksweeting[email protected]

Ketut: the Hair and Beauty Stylist