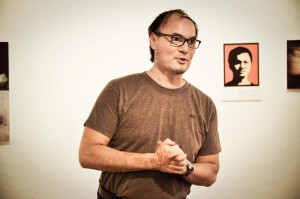 Meet Gerard Mosterd. The Dutch-Indonesian choreographer with a passion for dance, culture and music.

Gerard Mosterd, where do you come from?

I was born and raised in the Netherlands. My dad is a blond, blue eyed Viking from Central Holland; my mum is black haired and almond eyed Asian, born in Medan within a mixed East Javanese family.

How did you decide to become a dancer and choreographer?  Was it something you always wanted to do?

I wanted to become a scientist as a child and was a bit of a loner. My mother actually manipulated me to become a dancer because she wanted to become a dancer herself but couldn’t because of poverty and the 2nd World War in Indonesia. My Indonesian family contained dancers and musicians and I improvised self-invented, sacred dance rituals as a kid in our garden at home. During primary school I was regarded as a little professor and bookworm. The teachers recommended my parents to encourage me to join a sports or gym club. It turned out to be a ballet school where I was the only boy, I felt embarrassed to audition in swimming trousers. A year later I was accepted as a ballet student at the Dance Academy of the Royal Conservatory where I studied ballet, modern dance, folk dance music and dance history for nine years. 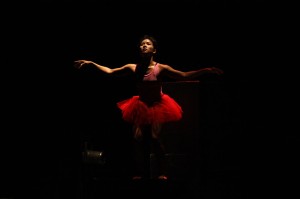 Was there any one person that had a great impact on your decision to become a choreographer?

Not really. For eleven years I danced as a professional dancer worldwide with ballet companies and felt the desire to create physical theatre productions myself. I was mostly missing the application of meaning in choreographies. I wanted to explore to make theatre which researches meaningful themes in my world. I worked with many famous choreographers but often felt I was only indulging in creating beautiful movement. Mats Ek and Jiri Kylian are few of the choreographers I had the chance to work with, who were working with more than technique and aesthetics.

When did you start your production company, and why did you choose the name Kantor Pos?

I started my production company about three years ago. Kantor Pos is an agency, exchanging Asian and European performing arts. I brought Martinus Miroto, Sutra Dance Theatre and Benny Krisnawardi with this company to Europe and stars of the Marinsky and Bolshoi Ballets to Manila. The name is the Indonesian version of the Dutch word for post office, a place for international exchange of information. The name unites Asia and Europe as well as expressing the exchange between both continents. As a half Asian these themes motivate my artistic and production initiatives. I carry a non-profit foundation as well for about twelve years with which I have created 27 productions, several Dutch-Indonesian collaborations and about seven South East Asian tours such as with Gumarang Sakti, Eko Supriyanto and Miroto. Since I was asked to join the selection committee last year for the second biggest Asian film festival in Europe, Cinemasia, I all of a sudden become more and more involved with the making of Asian film productions. 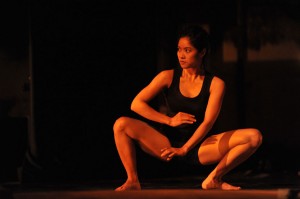 Is there a particular style or theme to your productions?

It’s a psycho therapeutic commission to me to unite Asia and Europe in my work. Asia and Europe are part of the same Eurasian continent but commonly regarded as two different identities. European bodies are genetically different to Asian bodies and so are their movement properties and techniques. I like to research this and use physicality as a main language to communicate with the audience within a carefully worked out context. As I am looking for meaningful, new movements or gestures I rarely draw upon traditional techniques. Interculturality is in our genes, not in the steps we can learn as a technique. Techniques and steps we did not invent ourselves.
How long does it normally take to put together a show, and what is the most challenging aspect?

Everything in the making of new performances is a challenge. Starting with the development of a concept. I like to draw from autobiographical, literary and current topics, if possible subversive and socio-political issues. It’s most challenging to transform the subject in a theatrical statement. Making a performance in the studio takes several weeks but the preparatory work could take months to years.

Your next dance performance is a Javanese interpretation of Igor Stravinsky’s ‘A Soldier’s Tale’. Could you tell us a little about the performance and what we can expect to see?

Performed by a world renowned Javanese dance cast with live chamber music accompaniment, this Stravinsky work is an interdisciplinary one of a kind gem. Created during the post war crisis in 1918 its morality tale builds around a Soldier in dialogue with the devil and selling his soul for the corruptive power of money. It’s an absurd, low budget piece with breath taking music which Stravinsky created out of poverty and with the intention to perform it worldwide with using the local cultural context. This is historically the very first Javanese/Indonesian version. It toured fully booked Javanese venues last year with cheering audiences. Different art disciplines combine in this accessible performance, designed for a broad audience. It’s a story about good and bad. But in this version we are all good and bad at the same time. There is some really wild top notch Indonesian performing arts talent at its best to be witnessed in this performance. I created it in a couple of weeks in collaboration with a dream team consisting of long-time friends as Miroto, Eko Supriyanto, Jamaluddin Latief and Sri Qadariatin. It will be touring abroad within the coming years and this may be the last opportunity for Indonesian audiences to see it in Indonesia. Gerard’s interpretation of Stravinsky’s A Soldier’s Tale will be performing at Taman Ismail Marzuki on June 1st as part of the Indonesian Dance Festival 2012. For more information or to book tickets visit http://www.indonesiandancefestival.org or http://www.kantorpos.nl