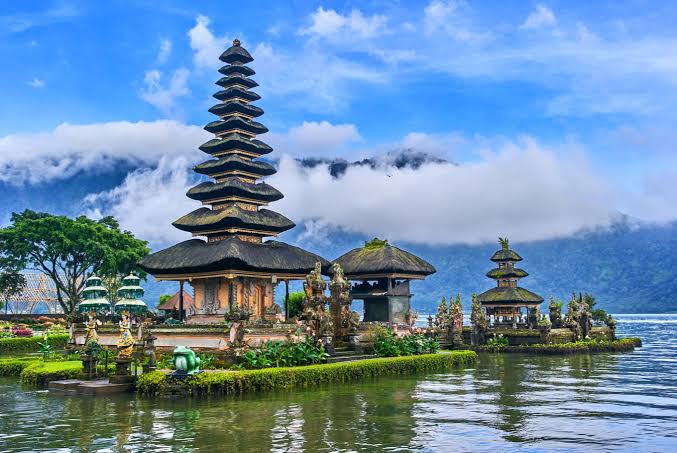 The artist needs his muse they say. The qualifications for the job are complex and elusive – enigmatic beauty, poetic mystery and other worldliness that inspires and titillates, especially when visually portrayed. Through art many muses, such as the Mona Lisa, have achieved and maintained fame long after their deaths. Artists and muses are by no means exclusively heterosexual. A good example is Michelangelo’s David, a statue that epitomizes masculine beauty. His women are rarely delicate or feminine and often seem more like muscle-bound men with breasts. As the poet Dante’s Beatrix, part of the allure of the muse is the desire to possess perfection, but the impossibility of sullying it with carnal love. Eroticism plays a key role but not at the cost of innocence.

Billed as the island of bare-breasted beauties during an age of intense sexual repression, it comes as no surprise that numerous Western artists beat a path to a paradisiacal island to paint exotic Balinese ladies who felt no shame about posing nude. Photography led the trend in the first decades of the 20th century. The most famous and influential of the early photographers was Gregor Krause, a German MD in the Dutch colonial service who took more than 4000 image in between 1912 and 1913. His sultry nubile maidens, including a series of ‘bathing in nature’ photos, attracted a great deal of attention in colonial circles and stimulated Dutch artist W.O.J. Nieuwenkamp to publish an ode to Balinese female beauty in a leading colonial magazine. In 1920 Krause’s work was published in the first photo book dedicated to Bali. Not surprising luscious nudes were a key feature of this best selling publication that played a major role in putting Bali on the map. 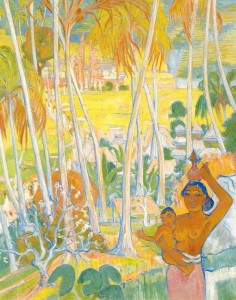 The history of western male artists and their Balinese female muses is long and convoluted. When it comes to shenanigans the first enfant terrible with no sense of shame was Swissman, Theo Meier, who came to Bali via Tahiti in 1934 as a young randy man. Although he came from a completely bourgeois background, Theo billed himself as a James Dean style rebel playboy who romped through a series of Balinese lovers and ‘wives’ with gusto and impunity. Ironically his nearest neighbour on Sanur Beach, the older Belgium artist Adrien Le Mayeur du Pres frowned at his licentious behaviour even though he had seduced and wed Ni Polok, a 15 year-old legong dancer from Denpasar shortly after his arrival in 1932!

When the Italian painter, Emilio Ambron landed in Bali in 1938, one of his first remarks was that the high density of scammers on the island reminded him of Capri. A real Italian lover, Ambron’s version suggests that virtually all straight male expatriate artists had amorous relationships with their models. Ambron was so excited by his good luck that he developed a secret code to record the name and rating of the girl who shared his bed the night before as he drank his morning espresso. A good friend of the already notorious Meier, they went on regular tours of the village that also served as hunting expeditions. The more cooperative artists shared intelligence and muses.

Although his possessive wife, Maria, kept him under lock and key, the tall, taciturn Dutch painter, Willem Hofker could not escape his libido after it was set free in the warm Indonesian climate. It is here that he perfected his notorious habit of letting his hands wander as he touched the model to help her assume the correct pose. A practical woman, Maria surrendered to a policy of a “don’t ask and don’t tell”. As long as Willem kept his passions under the wraps within the sacred precincts of his studio and paid her the proper respects to her in public, she ignored the rest. Ironically she would come to the defence of her husband’s rights with his girls at one point. The villain in this matter was Ambron who moved into a studio next door to them in Kedaton, Denpasar. Ambron immediately hired one of the greatest beauties of the era, Ni Sadri, to sit for him. The problem arose after Ni Sadri refused to pose anymore for Hofker because she was only reimbursed with fruit for her trouble. In contrast, the wealthy Ambron generously paid his models in cash. To solve the problem Ambron gallantly offered to pay Ni Sadri to sit for Willem until his painting was finished.

The list of expatriate artists with Balinese paramours goes on. Sculptor Arthur Fleischmann, a Jew fleeing Hitler’s take-over of Austria, also landed in Kedaton. Like the authors he was highly active both as artist and lover. Although a brilliant sculptor who would later achieve fame in Australia and Great Britain, a book dedicated to his Balinese work (Bali in the 1930s) is dominated by nude photos of his ex-lovers.

While the enigmatic stuttering Italian portraitist Romualdo Locatelli seemed to live a conventional life with his control freak wife Ermina, several of his paintings suggest deep undercurrents of forbidden lust. The most controversial of these is a life-size canvas of a nubile longhaired siren posing languorously on a flower-strewn bed. Completely nude the girl appears to be not more than 12-years old thus raising numerous questions about his sexual preferences. Locatelli who painted portraits of Mussolini, the Pope and General MacArthur would disappear under mysterious circumstances during the Japanese occupation of the Philippines. 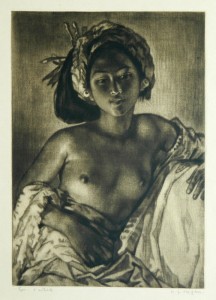 In 1940, Willem and Maria Hofker moved to Ubud at the urging Rudolf Bonnet. Although Ubud has longed billed itself as the centre of Balinese art, according to the contemporary reports of illuminate, such as Mexican artist and author Miguel Covarrubias, at the time the pomp and splendour of the village paled with that of the far wealthier capital. Ubud would eventually lose its reputation as a dreary backwater as the result of efforts of Cokorda Sukawati, a brilliant prince and member of the colonial parliament who invited Walter Spies and Rudolf Bonnet to move there. From the point of view of the gay Spies and Bonnet, having a comfortable distance from the conservative authorities made sense, but that is another story that will be discussed in Part Two.

With the Japanese invasion of Bali in 1942 the golden age of Bali would come to an end. Walter Spies, a German citizen, had long since been sent off to a camp by the Dutch and would tragically die on a prisoner of war ship sunk by a Japanese bomber. The Japanese imprisoned Willem, Maria and Rudolf but they were miraculously allowed to return to Ubud to live under house arrest by a Japanese navy officer who said the Imperial Navy did not jail artists. During this period Hofker’s work became increasingly erotic, epitomized by his portrait of the large breasted Gusti Mawar, which leaves little doubt about the nature of their relationship. In my book about him I speculated on the link between danger, war and the human libido. Intrigued I would interrogate Gusti Mawar and several of the girls who worked in the Hofker household. They confirmed without misgiving my suspicions. The respite in Ubud proved brief and they were all soon sent to a prisoner of war camp in Sulawesi.

Sadly, and this theme will also be continued in the next instalment, the families of many of these artists including Ambron and Hofker, have strenuously denied and conspicuously worked to repress or cover up the truth in regard to the sexual activities of their forbearers. Mrs. Hofker was particularly clever in this regard. Like the Politburo of the Soviet Union she was determined to write an idyllic, highly edited account of their history. As we will see, this was also true of the family of Walter Spies who only allowed Hans Rhodius, his first biographer, access to Walter Spies’ personal diaries under the condition that all reference to his gayness be expurgated. While the sexuality of an artist does not diminish (or increase) the value or importance of their art, trying to understand Spies without acknowledging he was gay is ludicrous. More on that subject and the forbidden love between older women and young Balinese men will follow.