Indonesia’s top Islamic authority deems Valentine’s Day haram (forbidden) on the grounds that it is an infidel celebration promoting sexual promiscuity. It’s actually just a day when tokens of affection can be exchanged, although it has largely become a commercial activity.

Asking me to write about Valentine’s Day is like asking the people of East Timor to make a speech in praise of the Indonesian military. Not that I have anything against romance. It’s the crass commercialization that is so irksome.

“Prove you love her on Valentine’s Day by spending money.” That’s the message from greeting card companies, florists, jewellers and firms that churn out chocolates in heart-shaped boxes. Restaurants and hotels also seek to profit from the day by offering special menus and deals. And there’s a brisk trade in cute toy animals holding love hearts. Some men splash out on Valentine gifts in the hope of receiving sexual favours. Others do so simply to avoid upsetting a materialistic wife or girlfriend.

An expatriate friend of mine complains he constantly has to buy gifts to prove his love. Does his girlfriend really need a fifth designer handbag, a new iPhone or another piece of jewellery? No. But she has been conditioned to expect such stuff as evidence of affection. I suggested to my friend that his relationship was based on money more than love. “Not true,” he protested, “love means I know to give her money and stuff before she asks for it.” The stupid, deluded fool. Love often lasts only as long as the money. True love doesn’t need a special day of presents. 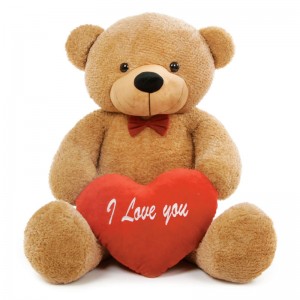 So what is Valentine’s Day all about? According to legend, Roman Emperor Claudius II in about 270 decided that married life was distracting soldiers from war, so he banned young men from getting married. A Christian priest named Valentine took pity on young lovers and began performing marriages in secret. He was arrested and subsequently beaten with clubs and beheaded on February 14. All of that might be nonsense made up by the Catholic Church. More likely is that Valentine’s Day was introduced as an effort to Christianise the ancient pagan fertility festival of Lupercalia, which was celebrated over February 13-15.

It’s a shame that Lupercalia fell out of fashion, as it seems a bit more exciting than buying overpriced roses that die faster than phony love. The festival would start with Roman priests going to a cave where Romulus and Remus, the founders of Rome, had been raised by a she-wolf (lupa). The priests sacrificed two billy goats and a dog. The goat hides were sliced into strips, dipped in the sacrificial blood and given to the sons of noble families. The young men would then get naked and run about town, laughing as they slapped the bloodied strips on girls and young women. The women were eager to be whipped as the ritual was supposed to help them become fertile and prevent miscarriages.

The Indonesian Ulemas Association (MUI) has repeatedly declared Valentine’s Day haram because it is a foreign tradition that is “incompatible with Islam”. The central message of Valentine’s Day is love and the sanctity of marriage. Saint Valentine reputedly performed his marriages so that young couples would not have sex outside wedlock. That message seems to have been lost.

Militant groups such as the Islamic Defenders Front (FPI), always happy to bash the West, now hold annual protests against Valentine’s Day, claiming it destroys the morals of the young generation by giving unmarried couples an excuse to have sex. This, of course, is garbage. Sex was not invented by the West. People have been having sex since before Valentine’s Day and will continue to do so. Perhaps some fanatics are worried that young women will find love with young men, rather than be abused by older men. Or perhaps religious fundamentalism is partly a product of sexual repression and jealousy cloaked in green.

No doubt it was Valentine’s Day that caused a sex and bribery scandal currently embroiling the Islam-based Prosperous Justice Party. An aide of the party’s chief was caught naked in a hotel room with a university student during a raid by anti-corruption officials last month. The student had been paid Rp.10 million for “escorting” the aide, who is accused of receiving a Rp.1 billion bribe for his boss, who allegedly helped a beef-importing company to win lucrative government contracts.

In some parts of Indonesia, zealous public order officials raid cheap hotels on Valentine’s Day in the hope of finding unmarried couples having sex. If only they could just keep the footpaths clear of parked vehicles instead of meddling in people’s private lives. They almost never bother to raid the big nightclub brothels that sell drugs and offer nightly striptease shows, as these places are well protected.

What to do in Jakarta if you’re keen to celebrate Valentine’s Day outside a hotel, mall or restaurant? Given that it falls on a Thursday this year, most people will be busy with work and commuting. Finding a park and trying to have a picnic is a bit of a hassle unless you know a reasonably clean and uncrowded place. Cemeteries are often the best parks, provided it isn’t raining. If you’re recently single, you can celebrate rejection by getting drunk or getting a massage. Or you can join the growing number of people looking for romance online. Or the even bigger number of people using the internet to find stimulus for self-love.

If you really want to celebrate love, then you could donate money directly to the poor. Not to beggars, but instead to one or more of the thousands of people in Jakarta who make an honest living as scavengers. Alternatively, you could volunteer some time with a charity, such as an orphanage or a school for the underprivileged – although take care that you aren’t arrested and deported for working illegally. Unless you’re a doctor capable of dispensing some necessary health care, it is probably better to contact a trustworthy charitable organization and ask them what you can provide, whether it be school equipment, medicine or something else.

And if you must give Valentine’s Day cards, then consider making your own. There is always more love in a homemade card. These can be made simply by cutting up an empty box of breakfast cereal or tampons or something similar, then getting out the felt tip pens, glue and glitter. You could even try composing an original poem. A friend in England made a Valentine’s Day card one year, thinking it a genuine display of love, only for his girlfriend to exclaim: “Bloody heck! What’s wrong with you? Can’t you afford a real one?”

If you are blessed with a perfect soulmate then every day should be a celebration of love and monogamy. As has often been written elsewhere, love is achieved not by gazing romantically into each other’s eyes, but by looking outward in the same direction. Given that it’s the rainy season, there’s no better way for a man to demonstrate his love by carrying his wife or girlfriend through floodwaters. I’ll close with a relevant line by the late Irish comedian Spike Milligan, who was a notorious adulterer despite having never toured Indonesia: If I could speak words of water, you would drown when I said ‘I love you’.