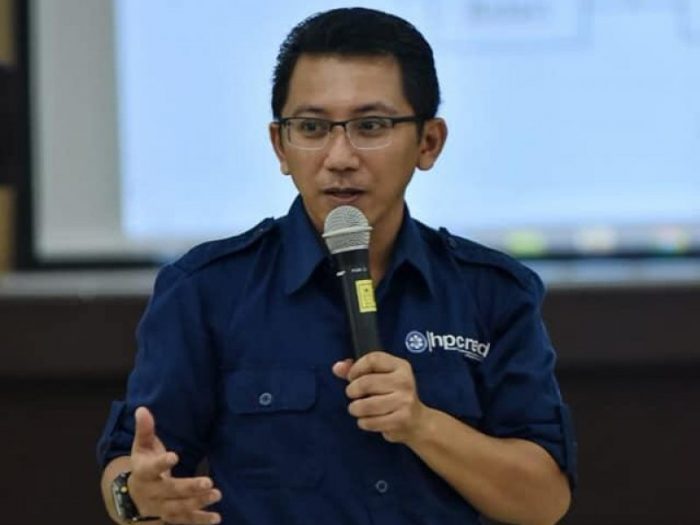 The Central Board of PP Muhammadiyah has established a command centre to help the government handle the coronavirus in Indonesia. The doctor in charge is called, somewhat ironically, Dr Corona Rintawan.

According to Corona, the name is not a reference to the flu virus; it means crown.

Chairman of PP Muhammadiyah, Agus Taufiqurrohman, said Dr Corona Rintawan is an expert in the field related to the virus. The aptly named doctor assessed that he could not bestow this problem on the government shoulders’ without working together across agencies so that the virus doesn’t increase rampantly across the country.

Living in Lamongan, East Java, he began handling disastrous situations in 2004 when he was commissioned as a physician to Aceh, after the area was hit by a tsunami. In 2013, he was entrusted to lead a medical team to the Philippines and then two years later to Nepal, before being posted with the Indonesian Humanitarian Alliance to Rohingya, Burma in 2017.

“Maybe one of those experiences had PP Muhammadiyah considering me as the head of Coronavirus Command Centre,” he said.

The Brawijaya University graduate’s unique name has sparked conversations on social media lately, to which he recalls his parents deliberately giving their children a name based on alphabetical order – he is the third of four children.

He said that his parents were confused when looking for the best name for their son who began with the letter C. As a result, the name Corona was inspired by the booming Toyota Corona car in Indonesia in the 1970’s.

“My father had to ask around since no books to get name inspirations were around back then, what does Corona even mean? Apparently, Corona means a crown,” the doctor said while laughing.

The name Corona has long been attached to the viral name because the parasite has a crown-like shape. He modelled dangerous viruses such as SARS and avian influenza, both derived from the corona family virus.

At least 20 Muhammadiyah-Aisyiyah hospitals all over Indonesia have been appointed to prepare their facilities to anticipate patients suspected of catching the virus who will be referred to a government-designated hospital.