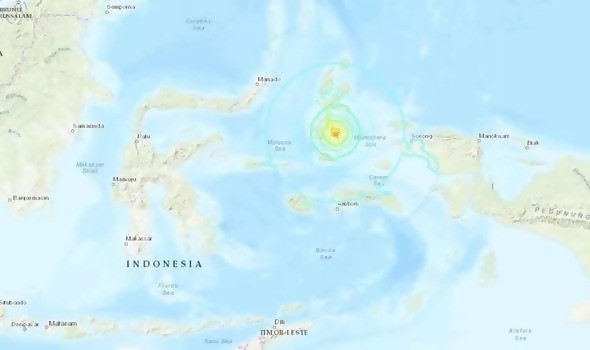 The epicentre was found to be at Ternate, which is located in Halmahera, the largest island in North Maluku.

Earlier, the authorities had issued a tsunami warning before suggesting that waters aren’t likely to hit the coast. Indonesia’s meteorological, climatological, and geophysics agency, or BMKG, has also stated that there is no tsunami potential from the quake.

“There are no reports of infrastructure damage yet,” said Iksan Subur, an official with Indonesia’s disaster mitigation agency based in the regency of South Halmahera, near the earthquake’s epicentre. No casualties have been reported so far. Earlier, Australia was also hit by a 6.6 magnitude earthquake, along with a 4.9 magnitude aftershock.

Over the last few weeks, there has been an increasing amount of activity in the Ring of Fire – where Indonesia sits. The Ring of Fire is known to be the major fault line where the majority of the world’s earthquakes occur. Last week, a 6.9 magnitude quake also hit Maluku. Authorities also issued a tsunami warning, which was later revoked.