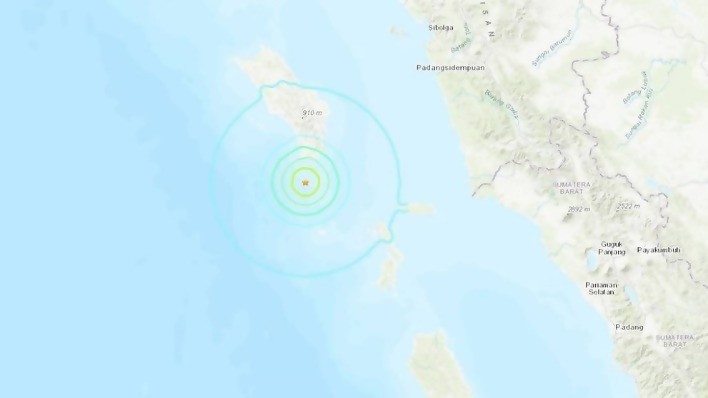 Earthquake in the Southwest of Sibolga

According to the US Geological Survey, a 6.2 magnitude earthquake has struck the southwest of the Indonesian city of Sibolga in Sumatra on Monday afternoon.

There was no tsunami warning for the quake. No casualties or damage have been reported thus far.

Meanwhile, the Meteorological, Climatological, and Geophysical Agency, or BMKG, has reported four earthquakes across Indonesia today.

Meanwhile, the fourth quake, which took place at 1.36 pm in the northwest of Maluku, has a magnitude of 5.7 and a depth of 228 km. The BMKG has not any issued tsunami warnings. No damages or losses have been reported.