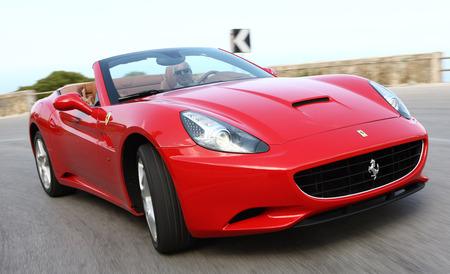 The Jakarta authorities are in search of a man who lives in a rented house in a small alley, but who apparently owes the city government Rp.364 million in tax arrears for his luxury Ferrari.

According to the Jakarta Tax and Retribution Agency, the man lives on Jalan Kebon Jeruk Raya, Gang Y, in West Jakarta. Turns out, the small alley can only be accessed by pedestrians and motorbikes.

Personnel from the West Jakarta Vehicle Document Registration Center (Samsat) went to the house on Saturday, but found neither man nor his exotic race car there. The neighborhood unit head in the area, Muhammad Nur, told officials that the man they are looking for had moved out three years ago. “He has moved. And all this time, I have never seen any car there,” Muhammad said, as quoted by kompas.com.

According to the city’s vehicle ownership tax (PKB) and vehicle-ownership transfer fees (BBNKB) unit, the man in question also owns two other cars, a Mazda and Toyota Rush, for which he also has outstanding unpaid taxes.

Photo of 2017 California Ferrari (and not necessarily the car in question), courtesy of www.caranddriver.com