Expat bars in Bali are treasure troves of secret knowledge and hidden wisdom. It’s where the mysterious oracles live. If you need an answer to any question, anything at all, then all you need to do is head to the nearest expat bar and very politely ask the guy making the most noise.

It’s a bit risky, mind you, as he might take offense and verbally abuse you for no reason whatsoever. But that’s his right OK, because he’s been on the island for the longest of times and he’s got the attitude and the love handles to prove it.

The oracle is sure to know the best of ways to illegally extend your visa, avoid paying any and all taxes and where to buy the cheapest Bintang in town. And for sure he knows the best way to buy a house. Wink, wink. He doesn’t actually own one himself because he says he prefers to rent, but he sure as hell knows the law. All of it!

Actually, he thinks he knows, but he doesn’t, so don’t take his merry advice. Not unless you enjoy looking over your shoulder and living in a constant state of paranoia or you’ve got more money than sense.

There’s no denying that property is big business in Bali. This island paradise seems to have it all; amazing architecture, beautiful beaches, picture postcard places. But it’s risky, right? I mean, we all know the laws don’t make sense and they’re made to be broken, right? Everyone says foreigners don’t have a legal leg to stand on, right?

If you listen to the oracle you’re setting yourself up for a fall.

That’s why it’s better to find professionals who know the real story about real estate in Bali.

One of the first things to understand is there are foreign ownership rules and regulations. So get to know what they are. They may not be exactly the same as you’d find in your own country, but we’re not in your country now are we, we’re in Indonesia. And if you don’t like the rules here, don’t play.

The oracle, however will try to convince you it’s OK to bend the rules, hide them under a blanket and lock them in the closet. But it’s not OK. It’s really not OK. You wouldn’t consider doing it at home so why try and do it here. The invisibility cloak the oracle speaks so highly of doesn’t exist. It never did.

Indonesia’s Agrarian Law called Undang-Undang No.5 Tahun 1960 article 16 (1) is based on the Indonesian Constitution. It covers seven kinds of ownership structure but for our purposes only four of these apply. These are:

An Indonesian citizen is entitled to use any of these structures. A foreigner is not.

In December 2015, the government updated the property ownership laws making it easier for foreigners to own land and property under Hak Pakai and Hak Sewa for residential properties and Hak Guna Bangunan for commercial titles. If someone tells you different or suggests you use a nominee to get a Freehold or Hak Milik title, don’t turn and walk away, run!

In all cases you need to show that you are partly living, working, retiring or investing in Indonesia. Tourist visas do not count! And nominees are illegal!

Hak Pakai certificates are valid for 80 years with automatic extensions after 30 years and 50 years. Hak Sewa certificates can range from one year up to the same maximum length as Hak Pakai, for a total of 80 years.

If you’re not comfortable with either Hak Pakai or Hak Sewa another option is to create a foreign owned company (called a PMA). This company can legally have a Right to Build (HGB) certificate. You own the company and the company owns the property. Simple, straight forward, and most importantly, safe-as-houses-legal!

The bottom line here is that if you play by the rules the property game in Bali is not only fun but has all the potential to be very lucrative. If you don’t like the rules because you’re in denial of a warped neo-colonial attitude that says you can do what whatever you want because you’re – insert nationality here – then go ahead and find your oracle. He’s waiting for you between Bintang rounds. Let him get you lost in a maze of imaginary shortcuts. You can hold onto his cold clammy hands and dive into his rather murky world of double-speak-king-pin wannabes. If that scares you, it should!

It’s important to remember there are professionals out there; people dedicated to making your experience in Bali one to remember (in a good and positive way). So feel free to give us a call for some down-to-earth-truth-talking-advice. You won’t regret it. The oracle might, but then again, do we really care what he thinks? 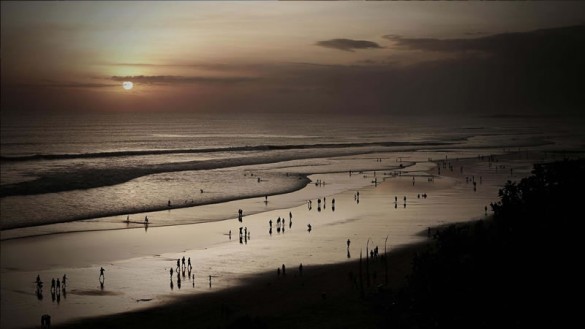