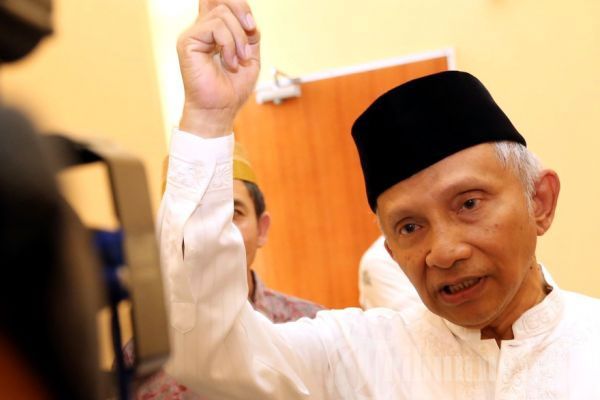 National Mandate Party’s (PAN) advisory board chairman, Amien Rais, has declared that he is not disturbed by the pressure from multiple parties demanding a ‘people power’ movement be initiated by him to stop.

Amien added that the people power movement is the best way to protest against the final results of the so-called fraudulent 2019 election.

“This game is not over yet. Don’t frighten us with rifles and whatnots. They are nothing and they will not affect our power,” Amien said.

Amien further elaborated that a certain minister in Jokowi’s cabinet is involved in an ongoing human rights case. It was later reported that Wiranto, Coordinating Minister for Political, Legal, and Security Affairs had formed a legal assistance team to provide input to law enforcement officials in dealing with cases.

“Don’t mess with us, Mr. Minister. We will bring the human rights case to the ICT, the International Court of Justice. So, don’t mess with the people,” he added.