Bill Dalton recounts his daughter Aysah’s unique but unenviable opportunity over the past ten years of alternating between two school systems in two separate hemispheres.

Aysah first attended a private elementary school in the capital of the rice-growing district of Tabanan up to the age of five. In 2005, we flew the States and lived for four years in Massachusetts and Maine on the east coast of the USA, but returned to Bali in 2009. Soon after our arrival, the stark differences between the two school systems became abundantly clear, more profound than just the change of culture, social life, family environments and the weather.

Our bright ten-year old daughter, finding herself suddenly back in Bali, bore the brunt of the trauma involved in leaping from one school culture to another on the other side of the world. For openers, she had to learn Indonesian almost from a dead start. Although she knew some Indonesian words and phrases, she was at first overwhelmed with fourth grade-level work. During those first several weeks, I could hear her crying quietly in her room at night.

Aysah soon learned that teachers in Bali rule with absolute and unquestioned authority. A teacher can do no wrong and would never admit it if they did. Fluent in American English, for the next four years Aysah’s English teachers never gave her a 100% score on any English test, even though many of the questions were confusing, misleading and sometimes unintelligible.

Once, when Aysah informed her teacher that there’s a difference between a niece and a nephew, the teacher responded to this impertinence with: “Who is the teacher, you or me?”

The school’s large student body of more than 1,000 required students to attend classes in two shifts. Class sizes were over 50 kids. At the top of her class in Massachusetts, she now had to struggle to remain in the same grade. Yet within six months she excelled and was even performing in the school’s Balinese dance performances. 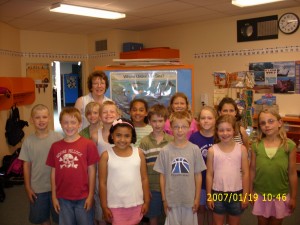 Replacing the cutesy pre-teen outfits she wore to school in the States, Aysah now had four school uniforms that she had to wear on different days of the week, depending on the activities and subjects she was taking that day. She says her different coloured uniforms made her look like a chocolate bar, a big orange, a bird and a candy cane.

Religious instruction classes were required in Bali – unheard of in the stateside public schools where religion and education are strictly separate. Aysah re-embraced Islam in Bali, a faith that had lain fallow during those years in the USA. She wore a jilbab to her agama class and greeted her teacher each day with As-Salamu Alaykum. She even dropped her birth name and started using the Arabic spelling – Aiysah.

Aysah, who struggled with maths in the States, soon became one of the best students in that subject because of the intense two hour personal tutoring she received each week. She also re-learned long division, geometry and the cardinal numbers not usually taught in US fourth grades, and she mastered the sempoa (abacus), a skill not taught in America outside of Chinatowns.

Since Bali schools are poorly funded and ill-equipped, students were required to buy textbooks and supplies, whereas in the USA all class materials are free. More emphasis is placed on spelling in the US. Aysah didn’t have one spelling test when she returned to Bali, perhaps because Indonesian words are spelled almost exactly the way they sound – it’s the ultimate phonetic language.

Another difference is that Girl Scouts are integrated right into the school programme on Bali. Unlike in American schools, where the sexes are segregated, girl and boy scouts learn together and compete in games, physical contests and woodcraft basics like tying knots and starting fires. It’s considered ‘uncool’ to wear your scout uniform in the USA, but in Bali pramuka are proud of their sharp brown uniforms adorned with whistles, military lanyards and little, round, brown straw hats!

Once when taking tests (ulangan) for 10 straight days, Aysah started having cold-water showers. She told me that all the kids in her class do the same and “they’re smarter than I am.” She believed that if she also took cold showers she’d do well in her tests, too. 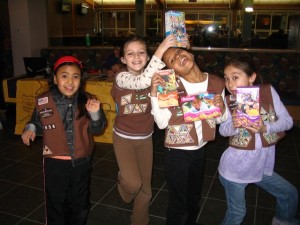 Then things started getting even weirder. During the political campaign season, Aysah’s teachers would not show up in class for as long as four days running. The kids were required to sit at their desks the whole time and study “on their own”. Though my hardworking daughter got the highest Nilai Ujian Nasional (national exam scores) in these final school exams, she was given only the 6th ranking in her class.

School enrolment was the final straw. In the spring of 2013, Aysah was not accepted in the best SMP (middle school or junior high) in our district. In her place, lesser ranking and lower performing students were accepted because their parents or uncles were fellow teachers, high-ranking policemen, bank managers, DPR members, lived next door to the school’s principal or made a hefty ‘donation’.

Many other parents felt bitter, as did I, about the grossly unfair malpractice and unmerited favouritism in the admissions process and complained, but it was infuriating not to be able to do anything about it. That injustice, more than any other event, galvanized me. I was determined to enrol her in junior high in the US. In the summer of 2013, I asked my big sister living in Massachusetts pointblank, “Can Aysah live with you while she’s going to junior high?” Miraculously, she said, “Yes.”

In the fall of 2013, after completing just her first year in SMP, I took my now 13-year-old daughter back to Massachusetts so she could attend Silverlake Regional High School that serves the affluent communities on Boston’s south shore, the ‘Irish Riviera’.

Within three months—after another bumpy transition, but more sure of herself this time—Aysah was thriving. She was the best student in her Latin class, made three honour rolls, sang solo in the school choir and started wearing contact lenses. In 2014, her language, arts and science teachers loved her work – she began learning about the Renaissance in World History and represented her class on the student council.

Definitely not the athletic type in Bali, Aysah even joined the field hockey team. Miracle of miracles, she could run a mile in 13.8 seconds. She took part in pep rallies, chaperoned dances and team sports with her new girlfriends. In Bali, Aysah never helped out in the garden, but in Massachusetts, her favourite class is horticulture, where she wears a helmet and safety belt and climbs trees!

Shortly after Aysah started attending school in the States, she started a new USA-based Facebook page, but kept her Indonesian Facebook page open. “I want to keep my friends in Bali. They are very sweet and always wish me the best,” she told me.

Open Your Eyes to a New Way of Learning!

Education 4.0: The Future Face of Education