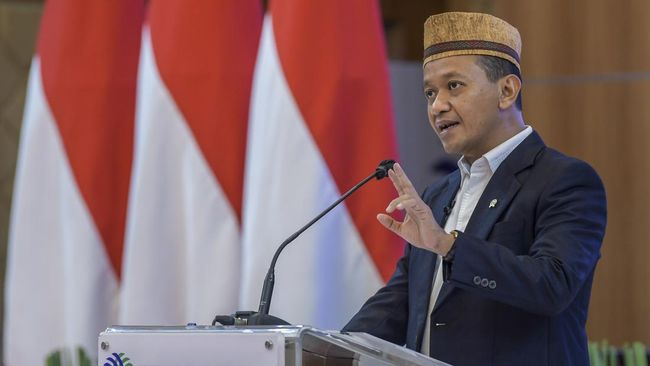 The Minister of Investment and Head of the Investment Coordinating Board, Bahlil Lahadalia, has been criticised by Australian business people for the lack of information on investment opportunities in Indonesia during a meeting in Nusa Dua, Bali, last weekend.

“Australian business people feel there is a lack of information regarding investment projects that are ready to be offered in Indonesia, such as the mining, infrastructure, tourism, and waste processing industries,” said NSW Senior Investment Commissioner Andrew Parker in a press release from the Investment Ministry on Wednesday 16th November 2022.

Responding to Parker’s statement, Lahadalia emphasised that Indonesia is currently focussing on downstream industries, so it does not require investment in the mining sector.

Many investment opportunities in other sectors, such as infrastructure for the development of the Archipelago Capital and the new and renewable energy sector to support the electric battery industry ecosystem in Indonesia do remain, however.

Lahadalia believes that Indonesia and Australia both have strength in the mining sector, which is one of the largest producing countries in the world for several commodities such as nickel.

“This is a great opportunity that can be explored between Indonesia and Australia with the concept of mutual benefit in order to improve the economies of both countries,” he said.

Australia has the advantage of being the world’s largest producer of lithium. Therefore, he invited entrepreneurs in Australia to work together in developing the electric vehicle industry ecosystem in Indonesia.

“Indonesia has a large market in the electric vehicle industry with big global players already investing, such as LG, Foxconn, and CATL,” he added.

Accumulatively from 2017 up to September 2022, Australian investment realisation in Indonesia reached US$2.37 billion.

Investment from Australia since 2017 has been dominated by the mining sector, amounting to US$1.28 billion with a portion of 54.1 percent of the total investment, the basic metal industry, metal goods, non-machinery and equipment amounting to US$800 million (8.3 percent), and hotels and restaurants to the amount of US$180 million (7.4 percent).