The early days of the expatriate in South East Asia back in the 16th and 17th centuries were fraught with danger and the unknown.

Never knowing when a passing ship would call in and take them home and consumed with a fear they may never make it back, some of those intrepid pioneers would often seek solace in the charms of an obliging local lady. Those who felt they were doing God’s work had their faith to keep them going but the traders, sailors and those others with a predilection towards sins of the flesh were more tempted and their offspring are still to be found in pockets of Asia, known as Eurasians.

As the years turned into decades and decades into century’s, technological advances plus the opening of the Suez Canal, cut journey times and expats found the home country wasn’t so far away after all. The East’s riches had attracted more and more and over time the gruff, hoary old colonial, finely follicled and lord of his own manor started to become an anachronism.

The expat scene, such as it was, morphed from the drunken debauchery of those pioneers into a mirror image of genteel, middle-class Europe with all its attendant prejudices and attention to status. Men posted to the region, be they government officials or businessmen, started to bring their wives who, infused with a mini religious revival that was hitting the newly wealthy, sniffed at the decadence they saw around them and imported western values and mores. Well, their idea of western values and mores. 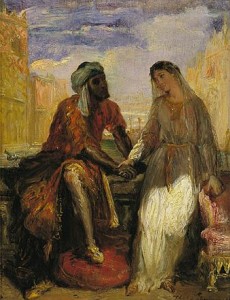 The rough as nails hard-drinking three-decade vet was pushed aside with these new notions of status, name cards and mixed relationships which, the newly arrived ladies considered, beneath contempt. Indeed, any intercourse with the natives was deeply frowned upon by the new breed who, wrapped up in their cocoon of faith and privilege, loathed what they saw as the heathen local’s indolence and ineptitude. Rudyard Kipling had talked of the ‘white man’s burden’ and the new arrivals embraced this fully.

But for two centuries before men had come to the east, settled down and raised families, intermingling with the local community and attaining positions of trust. And not just Europeans of course. There are records of sailors from Zheng He’s mighty treasure fleets settling down on the north coast of Java, marrying local women and adopting the local ways of life.

The port of Banten, just west of Jakarta, was the premier trading entrepot before Singapore arrived on the scene and like any port town it rocked to the sound of sailor’s shanties and randy seaman looking for their own piece of loving before their next extended shuttle round the eastern islands of the archipelago; a 17th century Pattaya. The raucous town is now not much more than a distant memory. Not only have the ships and sailors been long gone, even the sea shore has retreated from the once rowdy streets.

The archetypal image of course is of the bluff, red faced planter huffing and puffing out on the plantations far from ‘civilised’ society though a weekly trip to the club sated the desire to mix with his own kind. Out in the jungle though, beneath the canopy and amid the mighty jungles that still housed tigers and leopards in large numbers, he satisfied his lustful desires in other ways.

Considered a classic piece of colonial literature by those who consider these things, Henri Fauconnier’s Soul of Malaya tells the tale of a French planter who arrives in pre-independence Malaya just after the First World War who soon gets involved with the Tamil gardener’s wife.

The planter tries, half-heartedly, to justify the tryst by saying he gets useful information but even he knows that’s not true. He is a bit confused at first by the woman’s attitude. He has been given to understand that usually when a local lady has been invited to share the white man’s bedroom she will then use her new-found status to lord it over others and seek advantages for herself and her family.

His partner though is discreet and he finds it mildly amusing, initially assuming, no doubt with a Gallic shrug of the shoulders, she is just a nymphomaniac; that she was attracted by the sex and not the man. She was after an orgasm, not some baubles.

Of course, despite her discreetness, the whole estate knows what’s going on and he finds out, from a colleague, that in the Tamil gardeners’ mind, he does not count. He has no caste and the idea of sharing his wife with the boss is on a level with the ancients sharing their wives with gods who fancy a bit of mortal once in a while. It is also revealed that the estate lacks a garden so perhaps the gardener is just ensuring he keeps his job!

Of course, what is ok for the ulu is not okay for the city and by the early days of the 20th century when rubber prices were booming, new staff being sent east were told they could not get married during their first tour of duty and once they were in the country they soon found out that consorting with a local woman was a total breach of etiquette with disastrous consequences for the career of an ambitious young buck.

Even after the Second World War single men would often have to seek permission from their employer before they could get married. One gentleman in England wrote to the government of Sarawak, also based in England, asking for permission to tie the knot and was only allowed to do so once agreement from Sarawak had been received! He received this good news in the form of a short, bureaucratic letter;

With reference to your letter dated 30th May, I have received a telegram from Sarawak that your request to marry is approved.

It’s not just men of course who have been seduced by the charms of the Orient. Consider the case of the late Cleo Odzer. She went to Thailand to catalogue the stories of men who went to Bangkok looking for love. Or lust. In her mind, it was all the same thing and the opening chapters of her book ‘Patpong Sisters’ show her contempt for subjects.

However, she changes her tune when she herself falls for a young Thai man who works as a tout at a bar in the busy Patpong Road area. No one, it seems, is immune to the charms of the east!