Being an archipelago spanning 5,248 kilometres over three time zones, Indonesia has thousands of destinations to satisfy the curious traveller’s senses. But it’s easy to forget that if your daily life in Indonesia mostly consists of swimming from meeting to meeting in the traffic jams of Jakarta.

If you’re like me, you’re probably guilty of spending many hours on weekends or evenings trying to plan the perfect getaway for your next long weekend or major holiday. Sorting through the web becomes overwhelming, so you post a question about it on Facebook and get comments from friends about some under-the-radar destination tucked away by the border or on an inland mountaintop. But instead of going there, you end up going to Bali for the couple hundredth time just because it’s more convenient to plan.

As a self-proclaimed travel junkie who wants it all, I spend a lot of time online browsing Matador Network and Lonely Planet. My TV is mostly tuned into NatGeo Adventure or the Travel Channel. These are great places to find general inspiration, but not necessarily when Indonesia-specific travel ideas are what you’re looking for. And as much as I like flicking through local travel magazines, authentic stories about the “real lives” of “real people” in the inner pockets can be a rarity among the staple reviews of commercial resorts.

In this digital age, many travellers turn to the social media for answers. Among these, one of the most surprising websites I learned about is Burufly. I opened the website to the shots of panoramic serene landscapes bursting with vibrant greens and blues, with smooth-sailing vessels leaving white ripples in the water. And from the captions I learn that they are to be found right here in Indonesia: Komodo Island, Lombok, Raja Ampat, and Mount Semeru. 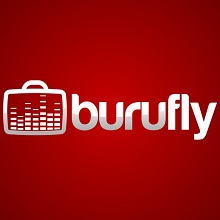 Established in November 2012, Burufly is a Jakarta-based social travel website that allows members to share high quality photographs of Indonesian travel destinations and interact over them. Its members currently number around 310,000 and growing rapidly.

Like any typical social media website, Burufly members get a profile page and follow other members. Facebook and Twitter users have the option of logging in with those accounts and “social sharing” across platforms. Interactions on Burufly typically consist of uploading or following other members’ photos on the homepage, marking them as “mau” (I want to go there) or “pernah” (I’ve been there)—comparable to “liking” a friend’s post on Facebook—and commenting on them. One can also sort through destinations by filter and check out recommended travel routes, activities, or recent tweets about the place.

Burufly is aimed at young urbanites between the ages of 20-35 who are “typical Bali-goers” but otherwise don’t go around much in Indonesia; instead favouring nearby convenient international getaways such as Singapore, Malaysia, or Bangkok. People from this crowd are likely to google Indonesia destinations and would probably end up on TripAdvisor, being recommended the various beaches in southern Bali, some luxury hotels in Jakarta, and shopping trips to Bandung. 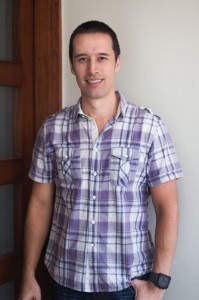 “But websites like (TripAdvisor) tend to lack local knowledge,” said Burufly founder Pete Goldsworthy. “Burufly aims to be a platform that offers decent local content. In this era of tweeting 140 characters or less, pictures get the message out. People get to see places other than Bali and become interested in East Java, Lombok, or Raja Ampat.”

According to Goldsworthy, many travel sites are purely about hotels and trips. And yet travellers have hidden questions that only a local community can answer. Goldsworthy said that he intends to make Burufly a platform for such an organic process: a pure word-of-mouth exchange of travel information via the digital sharing of photos, without the interference of advertisements.

Social network sites for travellers have been around for awhile: Couchsurfing, Wanderfly, and GoGoBot to name a few. But in the West, people are not as open to so much sharing. That’s why, despite being a native of Australia, Goldsworthy decided to base his business here. “Indonesia is a much more open society, unlike Westerners who tend to be more guarded,” said Goldsworthy, who has been living and working in Jakarta since 2007.

Facebook, which used to be—and probably still is—the most multifunctional of all social medias, has become a platform where groups can form and anyone sharing in its interest can join. But a picture shared on some “4WD Offroad Drivers Club” Facebook page doesn’t quite have the same effect as sharing on a travel site. You may notice the picture on your timeline, “like” it and comment, but you don’t remember it seconds later as you move on to the other stuff drowning your newsfeed.

Goldsworthy said that the social side of Burufly is a two-edged sword. On one hand, it allows communities to form over shared interest in a particular destination. On the other hand, the website’s connection to local businesses means that members can conveniently plan their travels by booking hotels and flights from Burufly. For businesses, this also means new markets and opportunities.

“It’s all about inspiration,” said Goldsworthy. He said he modelled Burufly to be a cross of Pinterest, which positions itself as a source of visual inspiration for its users, and Jetsetter, which promotes lucrative deals from international hotels and resorts by flaunting tasteful photography.

Burufly’s quirks include repeating pictures in under-populated categories, pictures that occasionally appear in the wrong geographical filter, and booking facilities that might not yet be available for more remote destinations. Nevertheless, with the current system and growth rate in place, these problems might solve themselves as Burufly’s membership and business partners start coming from more varied destinations.

There are many more exciting destinations to discover in this country. To me, browsing their photographs on a community-based website specifically geared for Indonesian travel sounds like a great way to start.