Love it or hate it, Pokémon GO’s augmented reality is the future of gaming. It’s also a magnet for scammers.

“Have you got Pokémon GO on your phone?” a colleague asked me last week. “No,” I replied, laying on as much condescension as possible, “because I’m an adult.” But a few days later I relented and installed it, merely for the sake of critique. And because I didn’t want to be labelled a “grandpa” over any perceived aversion to technology.

Perhaps you have a job, a family, a life. You can quit reading now and get on with something more important. The Japanese Pocket Monster (Pokémon) craze started in 1996 as a role-playing video game for the Nintendo Game Boy device. Then it became an anime series and spawned a lot of merchandising. Now, 20 years later, Pokémon’s latest incarnation is a location-based, augmented reality game, played on smartphones and tablets. 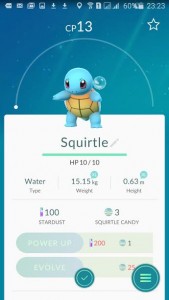 What are Pokémon? Cute creatures that look like mutant or alien animals (and a few resemble plants). Most famous among them is Pikachu, a yellow mouse with a lightning bolt tail. In a 1997 anime episode, one of his lightning attacks sparked a flashing red-and-blue background that sent about 700 Japanese children into seizures.

Pokémon GO is now getting kids to ignore the TV. The aim of the game is fairly simple: catch the creatures (by throwing a ball at them), imprison them in the ball, augment their power and evolution, then challenge other Pokémon in fights and try to take control of local “gyms” (fight centres). You can also trade the creatures for a virtual candy currency or incubate eggs to hatch potentially rare Pokémon. Players collect experience points and improve their trainer level as they continue the quest to “catch ’em all” – at least 151 of them. It’s an antithesis to conservation. A more ethical game might teach kids to protect or rescue animals – but where’s the fun in that?

Everything in Pokémon GO takes place in the “real world”, using GPS and a bright display that resembles a cartoon version of Google Maps. So you have to walk about in order to catch the Pokémon, and wave your phone around, often with the camera on. Not a game to be playing while lounging around your house in the nude. The PokéStops (where you can collect incense lures and healing potions) and gyms are real world landmarks, such as fountains, shopping malls and museums.

Proponents of Pokémon GO say it’s great because it gets kids outside and moving. Critics claim that it’s dumb and dangerous. Dangerous? Well, there have been reports of players being mugged, having car accidents and trespassing. But it’s much less dangerous than many other Indonesian pastimes, such as smoking, or not wearing helmets while illegally riding motorbikes. For example, two 12-year-old boys died in the East Java town of Blitar on June 22 when they crashed their speeding motorbike into the back of a car. There was no media outcry demanding that children stop riding motorbikes. Instead, there were reports about the dangers of Pokémon GO.

Police and the military have banned their personnel from playing the game while on duty. That’s just common sense. Numerous government officials have also spoken out against Pokémon GO, threatening to fire civil servants for playing the game.

Women’s Empowerment and Child Protection Minister Yohana Yembise has drafted a decree banning the game at schools. She said parents should also ban their kids from playing the game because it “can damage children’s minds and make them lazy”.

Many schools already ban smartphones in classes. Banning Pokémon GO is a silly move. Smart schools could instead use the game as a teaching resource to interest kids in lessons, especially maths and geography. For example, use fractions, ratios and percentages to study Pokémon appearances.

Teachers could also use the game to teach kids about online fraud. Some players have been scammed when trying to buy virtual PokéCoins. Even though the game has not yet been officially released in Indonesia, you can download it from unofficial sources, and then start making “in-app purchases”, spending Rp.15,000 for 100 coins or Rp.299,000 for 2,500 coins.

When these coins are offered by third parties, you can usually kiss your money goodbye. There are also websites offering “free PokéCoins” to people who complete online surveys or post links on social media. The scammer earns money for the completed surveys and reposts, and rewards you with nothing.

Indonesian pop singer Cakra Khan (25) saw an online post by someone “selling” a Pokémon GO account with a high experience level. He transferred Rp.1 million to the vendor’s bank account and received nothing. The husky-voiced songster said his experience has not cured his addiction, but it was a lesson to be more careful and not to use real money when playing the game.

Another singer weighing in on the game is Titiek Puspa (78). She warned that Pokémon GO could cause children to become selfish bullies.

More worrying should be privacy invasion and data theft. The official version of the app gives its developer, Niantec Labs, access to your movements and personally identifiable information. The company shares some of this information with third parties, ostensibly to improve its services. It may also give any information about you to “government and law enforcement officials or private parties”. It also warns that “no method of transmitting information over the Internet or storing information is completely secure… [so] we cannot guarantee the absolute security of any information.”

Downloading the game from an unofficial source and then signing up with your Google account may lead to the installation of malware or even a trojanized version that gives scammers complete access to your phone.

Players who download and install game-cheating apps may also be exposing themselves to malware.

Claims by politicians that the game could jeopardize Indonesia’s security and state secrets may seem far-fetched, but if officials install an unofficial version and then install third-party cheating tools, they could be opening a door to hackers.

Some politicians have embraced Pokémon GO on the grounds that it can encourage tourism and fitness. Communication and Information Technology Minister Rudiantara says the game is not dangerous, although he has asked the developers to ensure that it doesn’t show “vital state objects” such as courts, police stations and power stations.

When I finish writing this, I will uninstall Pokémon GO from my phone. It’s an unwelcome distraction that failed to get me addicted. But the technology of augmented reality is fascinating and will play a big future in e-commerce, digital marketing, education, and industrial and medical applications. If you’re intent on playing the game, just make sure you download only from safe sources and do your utmost to protect your personal data.