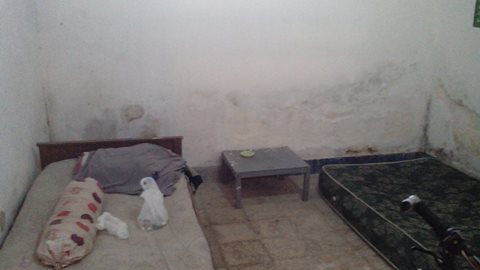 There comes a time when we all need a break from the carbon monoxide and burning plastic smoke that drifts across Jakarta’s 24/7 urban war zone. Well, this year’s Lebaran holiday presents a golden opportunity to check one’s skyrocketing blood pressure, particularly as the government, in a rare display of patriotic solidarity with the beleaguered masses, has given the Indonesian workforce the entire week off.

For many, Ramadhan is far from being an oasis of spiritual enlightenment, peace and philosophical reflection; instead a particularly piss-boiling, gear-grinding time of the year. Indeed, rather than a reflective Nirvana, the fasting month is – statistically speaking – punctuated by increases in noise, traffic, crime and food consumption (in spite of the daylight nil-by-mouth religious prescription).

It’s been a tough year for many Jakartans, but it’s finally time to leave town and enjoy some leisure time away from our rugged system of hard work and overconsumption, with its road to success paved with so many heads. Are we any happier for all this? Is this a way of life that embodies a truly authentic human experience? The pursuit of aesthetic and intellectual riches forever sidelined in favour of a late-capitalist avalanche of material tat and prescription antidepressants?

Well, I do sometimes get in these fin de siècle moods, despite us already being over a decade and a half into the new century. I’m a great believer in travel as a healer however, especially to many of the farthest flung corners of this great archipelagic nation. I particularly enjoy peaceful, sleepy places virtually untouched by the conformity of mass tourism. For this, I can no doubt thank political ineptitude stretching back many years. The mandarins in charge of Indonesian tourism should really be thinking outside the box in their efforts to get visitors flowing around the country and away from the usual hotspots, although admittedly this presupposes the ability to think inside the box in the first place.

The government, however, is currently planning to develop ten priority destinations across the country in order to hit its target of 13.5 million foreign tourists. To achieve this, the tourism ministry will be able to chomp on a hefty budget of over Rp.4 trillion (cue hundreds of pairs of bureaucratic hands being rubbed covetously together in anticipation). Indonesia is chasing an additional 120,000 hotel rooms, 15,000 restaurants, 100 recreational parks, 100 diving operations, 100 special economic zones and 100 marinas, as well as seeking a 15 percent contribution to GDP from the tourism sector as a whole. Alas, I’ve heard it all before and I’ll believe it when I see it.

For me, the lack of mass tourism around the country is a blessing in disguise. Bali, at its worst, resembles a Mad Max/Rip Curl apocalypse of inebriated surf dudes, which can leave one regretting not having booked a week’s vacation in Syria learning to hang-glide instead. I’d much rather head (usually by bicycle) where many pampered package tourists fear to tread.

My travels have taken me on super, peripatetic, low-cost holidays to hilariously dusty, hot, shabby, knackered, time-warped towns the length and breadth of the country, which have in turn given me access to the stunning countryside beyond. Towns with sweet names such as Tentena, Parapat, Tanalanto, Sabang, Dompu, Ruteng, Boroko and Waikabubak, which the country seems to have a never-ending supply of, never fail to charm in their own sweet way with their sleepy boulevards, lack of bungee jumps and total absence of international-tourist-filled watering holes offering two-for-one deals on cocktails. Towns which are to modern tourism as the Indonesian soccer team is to World Cup glory.

I usually rest my weary bones in humble Rp.150,000 a night hotels and guesthouses. This is partly a result of the perpetually parlous condition of my finances, but mainly because that’s often all there is available in these towns.

There’s a sense of unplugging from the modern world, of letting go and allowing the strung out hypertension of high-tech life to seep out through one’s extremities and into the musty mattresses and cardboard pillows of these 0.5 star hotels. There’s no need for expensive meditation retreats, simply check in and embrace stranger-in-a-small-town anonymity and breathe easy as your normal identity fades into the background.

Things don’t always go quite to plan though. I once rolled up the coast of Lombok to the tiny town next to the harbour where one catches the beautiful ferry ride over to Sumbawa. One could describe it as a one-horse town, although the sheer amount of droppings caked onto its main thoroughfare suggested a far larger equine population. The only flop house that I could find here, and indeed the only one for around 30 km according to the locals, was charging a mere Rp.50,000 per night.

Bargain! Well not quite. The hotel shared a name with a ship that once sank off the coast of Lombok, which should have set off the warning lights. A wizened caretaker, who looked like he might have been doing the job when the Dutch were still here, showed me to my room which resembled nothing so much as a Paraguayan prison cell, complete with filthy mattress on the floor, slime covered bathroom that left one dirtier than one was to start with, insect infestation, inch-thick layers of dust, a seven-month-old sandwich in the wardrobe, hundreds of noisy chickens outside my window and, later on in the evening, various naughty and not so nubile ladies of the night cackling outside my door (and who seemed to be in a similar state of disrepair as the hotel itself).

There was nothing to do but carefully cover my reeking bedding with a judiciously placed sarong, close my eyes and try and blot out the interesting skin conditions I was in the process of contracting. I still feel soiled to this day. The photo accompanying this piece was taken at this wonderful establishment, but don’t be put off, ladies and gentlemen, one has to take the rough with the smooth in life. I did post a glowing review of the place on Trip Advisor. You’ve got to keep those chaps on their toes…

Normal Service will not be Resumed