Billions of people have no access to (clean) energy. They cook on firewood and use oil lamps for light. In remote areas, where people have electricity, generators run on expensive and scarce fossil fuels. This limited availability of energy works has a brake on the development potential, keeping people poor.

Hivos, a Dutch development organization having worked in Indonesia for decades, has developed a bold and ambitious plan: showcase that it is possible to provide these remote communities with energy in an adequate and sustainable way, using local resources. In 2011 Hivos started on Sumba, one of the Lesser Sunda Islands in the province of East Nusa Tenggara, 400 km east of Bali, with the first activities to bring renewable energy to this island of more than 650,000 inhabitants, involving local, national and international stakeholders, aiming at reaching 100% renewable energy over a period of 10 years. Not only should this exercise lead to improved quality of life for the people of Sumba, it also should be a replicable development approach which could be applied to many of the 17,000 Indonesian islands and also abroad.

The strategy taken is crucial, because many renewable energy projects have failed. Hivos applies the principle of ‘co-creation’, an approach without blueprint, where a range of agencies are working together to reach this sole ambition of reaching 100% sustainable energy, working as an engine for development. As many as possible parties will get involved, including communities, governments, energy companies, finance institutions, private sector, NGOs and social entrepreneurs. Together they determine how the Iconic Island will become reality, ensuring a broad platform of stakeholders with strong buy-in of key partners and government. This is the best way to find new solutions and avoid pitfalls.

Pragmatism is another key word: potential interested parties are invited to join and contribute to the common goal, a contribution that can take various shapes, there are no restrictions, as long as it aligns with the overall goal of 100% renewable energy. Hivos plays a facilitating role in this process.

Only one and a half years after this initiative started, a range of stakeholders are already involved  in the ambitious plans: the Indonesian Ministry of Energy and Mineral Resources, the state energy company PLN, NGOs such as IBEKA, the Indonesian bank BNI, the Asian Development Bank (ADB), the Indonesian company Sewatama. Since March 2011 there is an MOU with the governor of NTT province, the elected leaders of Sumba and PLN to make Sumba 100% renewable.

Through this approach it is possible for local governments and stakeholders to sit together and discuss the cooperation and the progress, but it is not just a matter of meetings and talking. 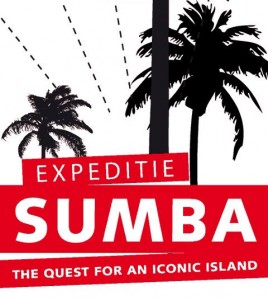 A series of concrete activities have already taken place, such as on-grid and off-grid studies. The Dutch embassy co-financed research undertaken by the Dutch company KEMA. In-depth studies to identify hydro-power potential have taken place and more will follow. The successful BIRU (Biogas Rumah) programme undertaken by Hivos in 8 provinces of Indonesia, has constructed already more than 50 biogas units in Sumba, supported by BNI and the Dutch embassy. A micro-hydro installation built by IBEKA is already providing electricity to 125 households and options for extension of this community-based grid are currently assessed. A number of concrete renewable energy proposals have been exchanged and are under discussion by donors and private sector. These include plans for hybrid installations, combining sun, water and wind as energy sources. Various kinds of additional research has been undertaken, including socio-economic and gender research, wind measurements and fuel crops studies. Additional studies are being prepared. As more knowledge is gained, more interest is created among investors, government and banks and also from international institutions such as the Worldbank and the ADB, both having missions going to Sumba while this edition of BALI EXPAT is being printed.

Hivos is proud of the Indonesian frontrunners, playing key roles in promoting renewable energy on Sumba to their government agencies, companies and organizations. They are the ambassadors of the Iconic Island, mobilizing resources worldwide, showing that 100% renewable energy is possible, even in remote locations like Sumba.

Communities Gather to Clean Up Gunung Marapi in West Sumatra

Deforestation: Loggers Not to Blame