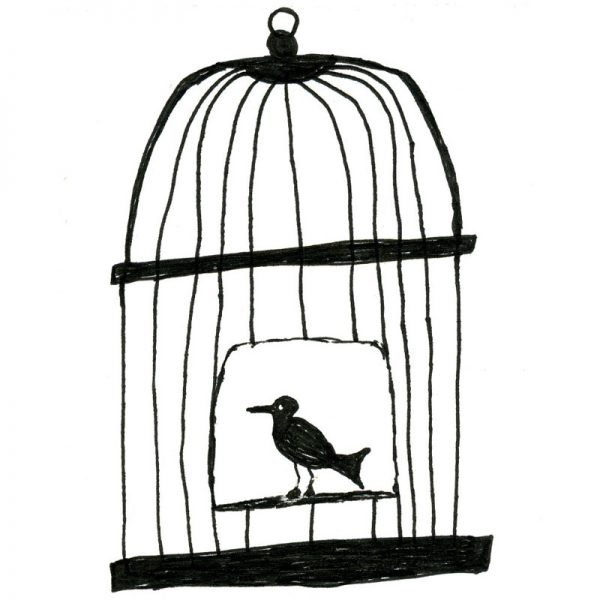 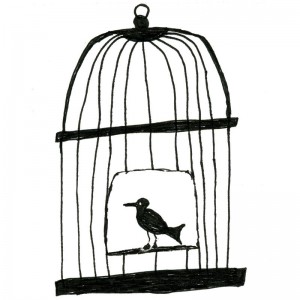 Jakarta is not the ideal domicile for a person fond of peace and quiet. It is packed with roaring vehicles, policemen blowing whistles, parking attendants who spring up to shout directions, needlessly, at any car already starting to park. Noise rules supreme in Indonesia’s capital city. Come here and you will be lashed by loudness, tortured by tumult, riled by racket, deafened by din, clobbered by clamour.

Noise doesn’t even have to be loud to be a nuisance. Early on I lived in a kos, a lodging house made up of single-room accommodation. The cheapest of these places often had dividing walls so thin, made of plywood or chipboard, as to seem to be mere gestures. A friend once told me how two people fighting in the room next to his busted through the wall, still throwing punches at each other.

Though I hardly ever set eyes on the man living in the room next to mine I knew him intimately from the sounds he made (and doubtless he knew me by mine). I knew when he dropped a coin, took off his shoes, put down a pen, broke wind. I often felt that if I turned over on my side in bed, I’d see his face on the pillow staring back at me.

When he installed a booming hi-fi system, I fled to another kos. This one was more upmarket, with the rooms set around a grass quadrangle and each with its own basic veranda. I was perfectly content. I drank tea and read a lot. But it wasn’t to last. A departing resident donated his television set to the staff who, with no room of their own to put it in, placed it on a table in the centre of the lawn.

Television sets are everywhere in Jakarta, from waiting rooms to sidewalks to the back of taxi seat headrests. But, from the number of viewers this donated TV attracted each evening until well into the early hours, you’d have thought it was some sort of extraterrestrial device that had crashed to Earth from space. So powerful was its pull that it brought out even those who had a television set of their own. They gathered around it and gawped.

Even at low volume, Indonesian soap operas are not quiet affairs. At a volume deemed suitable for outdoor viewing, they sound like they’re set in amplified ape enclosures with the screeching, gibbering cast all nudging one another with electric cattle prods. And the buck-toothed dwarf is always the loudest. Until he’s interrupted by the ear-splitting advertisements for powdered milk, skin whitening creams and instant noodles. Fed up with trying to sleep with my pillow wrapped round my head, I fled once more, this time to a friend’s spare room.

Alas, with its semi-open design common to the tropics, and being set away from the road by a tightrope of a pavement, my friend’s house welcomed noise and received plenty of it. Bajaj, those small three-wheeled farting taxis originating from India, were a constant din. Their buzzing two-stroke engines made the road outside sound like a chainsaw revving competition being held on a busy World War I aircraft landing strip.

In Jakarta, God works in loud ways and by far the greatest cacophony comes from the local mosques. I’d been in the city for three years and thought I’d heard the worst of it. I once entered an alley with perfect hearing and exited at the other end temporarily deafened because I hadn’t noticed the giant megaphone bolted to the wall halfway down, its cable snaking to the adjacent mosque. It was as if I’d activated it by tripwire, though it had just been bad timing with the call to prayer commencing. Possibly the preacher was seeking to awaken the dead.

My friend’s house was at the centre of four mosques, an excessive number considering the tiny size of the neighbourhood. Back then I was a younger man, and the pre-dawn call to prayer coincided with my rolling into bed after a night out. Only in the most life-threateningly paralytic states was I able to fall asleep amid the amplified amplitude.

There was no point in complaining to anyone. Nor was it prudent to take matters into one’s own hands. Many a foreigner has been beaten up and imprisoned for careering into a mosque in an apoplectic, sleepless state, begging for mercy and yanking the plug of the loudspeaker.

It was when the wailing from the mosques triggered nightmares about being hounded by zombies that I moved house again. This time I lived in a gated ethnic Chinese compound. I thought I had finally found sanctuary. There were no mosques, Jakarta’s Chinese generally being either Christian or Buddhist. That they tended to be uninterested in foreigners was no bad thing either. Indeed, it was liberating to walk among people and feel invisible.

But I hadn’t counted on the caged dogs, or the dogs tethered to stakes – and every garden had them – barking, yowling and howling throughout the night. Unless I wanted to broaden my CV to serial killer of dogs, prowling the neighbourhood after dark and distributing raw steaks laced with strychnine, I would have to move again.

I rented a modest apartment behind a convenience store, whose balcony projected to almost beneath my window. On it were some battered old chairs and a giant orange plastic water tank. Occasionally, a member of staff materialised on one of the chairs for a quiet smoke. The trouble started when the tank’s valve system stopped working and the water overflowed. I’m not talking about the babble of a brook or the trickle of a stream. This was the noise made by water on plastic and cement. It drove me nuts.

A handyman did eventually appear to ease my torture, or so I thought, because rather than repair the mechanism, as you might expect him to do, he instead hammered a drainage hole in the corner of the balcony floor, enabling the overflowing water to slosh and splatter and drip – all very loudly – onto the echoing concrete floor of the disused building below. Out came the packing cases again.

A caged bird was the problem at my next residence. What made it particularly exasperating was that the landlord had bought the bird with money from my first month’s rent, and hung it by my window. Was he trying to drive me out so soon? I don’t agree with birds being caged. They should be free to spread their wings as nature intended.

My sympathy for this particular bird, however, was eroded by its shrill chirping and twittering, which destroyed my daytime concentration. I began to plot ways of killing it; perhaps subtly with poisoned seed, or perhaps slightly less subtly by hurling the cage and its occupant onto the road. Complaining to the landlord produced only self-conscious chuckles that indicated he was embarrassed at failing utterly to understand what was wrong.

And that’s the heart of the problem. The majority of people in Jakarta accept noise or genuinely aren’t bothered by it. Noise is part of the landscape. It’s easy to be cruel and to say that some people aren’t disturbed by noise simply because there’s nothing in their heads to disturb. But we won’t go there. We’ll just shut up and be quiet and not add to the noise.

The “Action” in Climate Action