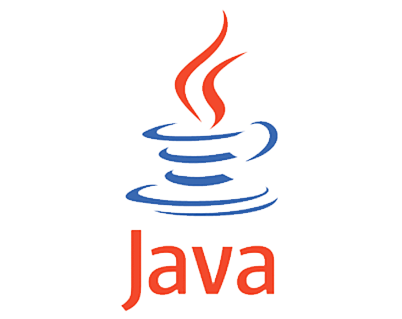 Very few people are fully aware of the huge impact Java has had on the world as we know it today. Without Java, much of what we take for granted as we go about our daily lives would be very different, and certainly many of the simple functions we carry out as a matter of routine would be far more complicated.

I Googled to find a simple layman’s explanation of Java and here is what I got from techterms.com:

“Java was originally designed for developing programs for set-top boxes and handheld devices, but later became a popular choice for creating web applications. The Java syntax is similar to C++, but is strictly an object-oriented programming language. For example, most Java programs contain classes, which are used to define objects and methods which are assigned to individual classes. Java is also known for being stricter than C++.”

Ah. Syntax similar to C++ but stricter. Why didn’t you say so?

I remember being totally awestruck by the Internet and all the things it can do. My first email address was [email protected] and to my amazement it was free. I remember discussing it with a friend in the pub on the day I got it. I said “I got a free email address from usa.net today!” My friend said, “What’s email?” So I explained that email is a way of sending computer messages to people via the Internet and the ‘e’ stands for ‘easy’. He said “What’s the Internet?” I cracked a wry smile, shook my head slightly and explained it to my technically-challenged friend as simply as I could. “It’s a very big computer in America,” I said. “Like a big post office and library combined.” He back-peddled slightly, not wishing to seem ignorant. “Ah, yes,” he said. “I think I saw something about that on the telly.”

As my interest in the big computer in America grew, I started to study Hypertext Markup Language, or ‘HTML code’ as it is more commonly known, because I could see that this was the language of the future. I took me quite some time to get to grips with it because I had no formal computer training whatsoever, so unfortunately by the time I was even close to understanding it, I didn’t need it anymore because some super smart, super nerds skipped a tea break and wrote programmes that could create all the code for you. You just had to tell it what you wanted to do. It’s all even simpler now of course, and magical things like Java have made the Internet even more amazing. (Fun fact: the name of the world’s first publicly available web-based email is derived from the letters HTML – HoTMaiL.)

My first exposure to the word ‘Java’ on a computer was probably the same as yours; messages popping up in the corner of my screen while I was surfing the big computer in America telling me I didn’t have ‘JavaScript’ or it wasn’t enabled.

Then a few minutes of fumbling about clicking on things I didn’t understand, followed by a phone call to someone who did understand.

Of course, the first thing that person had to do was tell me how to undo all the damage I had done by clicking on things I didn’t understand. Now my approach to computers is the same as my approach to cars. I can drive them, I kind of understand how they work, but I’m not going to mess about under the hood. (Yes, nerds I know, Java and JavaScript are not the same thing – at least I do now that I’ve Googled it.)

Hang on, my editor is calling me. “Hi Angie, how are y… Yes I remem… Uh huh… Uh huh… Oh I see… Java the island… Ah… No I’m not stu… Well there’s no need for that kind of language… Hello? Hello?”

Java is a very big island in Indonesia. I live there and it’s very nice.