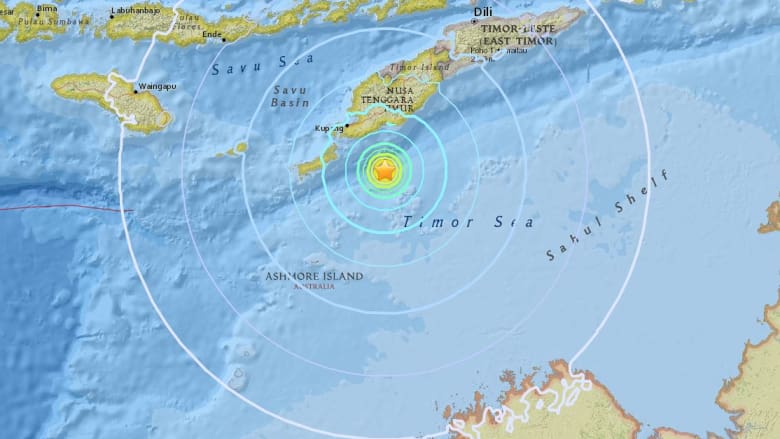 Indonesia has been rocked by a huge 6.4 magnitude earthquake of the coast of West Timor.

The quake struck at a depth of 10km about 100km southeast of Kupang, in the East Nusa Tenggara province.

Experts at the United States Geological Survey (USGS) issued the earthquake alert at about 8.15am.

Tremors were felt in various Indonesian islands and on the coast of northern Australia, according to local media reports.

There were no immediate reports of damage or casualties, officials said, and no tsunami alert has been issued.

Earlier this month Lombok, an Indonesian island popular with tourists, was rocked by a series of devastating tremors.

Relief and reconstruction efforts are now underway, with the quakes having caused at least £263 million ($340 million) in damage.

“What are you two marrying each other for?”