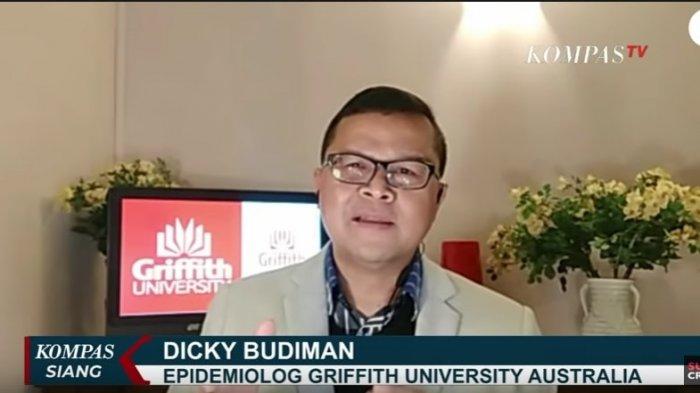 After experiencing the second wave, Indonesia is also haunted by the prospect of a third wave of COVID-19.

Epidemiologist at Griffith University, Australia, Dicky Budiman, said that Indonesia’s current position is not far from that of other ASEAN countries that are experiencing an increase in cases.

“The problem is testing capacity, this is why the potential rise in cases will be large because the 3T (tracing, testing, and treatment) is limited – compared to Singapore, we are still under 50 percent coverage. It is clear that the potential increase will occur,” said Dicky.

He said it was rather difficult to predict when the third wave would occur. Possibly in December, he commented, because at that time the public’s mobility would elevate during the end of the year holidays.

The mass movement of people may occur when vaccinations are not complete, 3T efforts are not adequate, and the 5M health protocol is loosening in the regions.

“In the middle, there is a phenomenon of revenge for this freedom. Now that will cause a potential spike and even a third wave,” he said.

Dicky believes that it is better to strengthen the response on PPKM.

“Remember that Norway only loosened from level 2 to level 1 but waited for almost half a year. This is an important lesson to ensure all aspects. Now we tend to be loose when good news comes. This is a potential weakness so that we can be in a bad situation again,” Dicky explained.

Previously, Communications and Informatics Minister Johnny Plate said there was a potential for a third wave of COVID-19 due to the increased mobility of people, accompanied by the neglect of health protocols, and not just new variants.

“For that, we need to jointly anticipate a spike in COVID-19 cases. The application of health protocols must always be applied to avoid a spike in cases,” he said.

Citing data from the Health Ministry, Johnny said that since 2nd August, there has been a significant increase in mobility in the Java and Bali region. Also, according to the World Health Organisation (WHO) report, released on 15th September, four high mobility areas are in West Java, Central Java, East Java and Banten.

“The increase in mobility, which is now even comparable to conditions before the pandemic, must be a cause for concern. We all must always be vigilant and not be careless in implementing health protocols, so that increasing community mobility can continue to be in line with efforts to handle the Covid-19 pandemic,” Johnny explained.