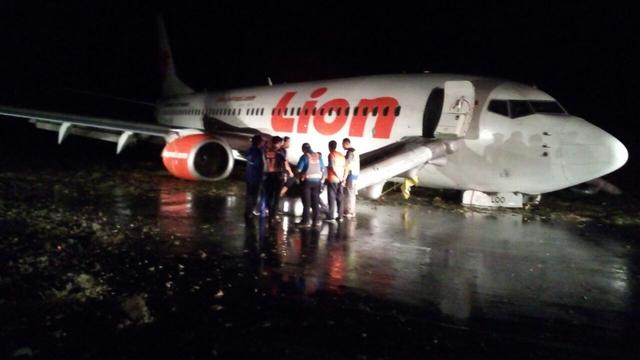 All 174 passengers and crew members survived after a Lion Air flight skidded off the runway at Djalaluddin Airport in Gorontalo city on Sunday April 29.

Lion Air’s Boeing 737-800 plane with flight number JT 892, which took off from Sultan Hasanuddin International Airport in Makassar, capital of South Sulawesi province, had the accident shortly after it landed at Djalaluddin Airport at 6.35pm local time, the airline company said.

When the accident occurred the visibility at the airport met the condition for the plane to land although it was raining, it said.

All the passengers and crew members had been evacuated from the scene of accident and they are all safe, however two passengers have been referred to a hospital to receive treatment from a medical team.

Lion Air is currently cooperating with related parties to remove the plane from the scene of the accident.