Ubiquitous, cheap, filling, and, most importantly, delicious. Street food and Indonesia are often seen as one and the same. They are outside the shopping malls of Jakarta, providing a cheap alternative to western-priced fare inside for mall staff, tucked into alleys in Denpasar, in specially designated areas in Solo, always within a few minutes walk in any city, amazing for a country where nearly everything requires you to drive.

Street food is to Indonesia as boulangeries are to France. Unlike French bakeries, though, street food is relatively new to Indonesia’s culinary scene, and has been transformed into a national obsession. Its emergence coincides with rising diabetes, blood pressure and other health issues quickly turning into a crisis. Most tellingly, according to the World Health Organization, the adult obesity is now at 21%, one of the highest rates in Asia. The chief culprit? Unhealthy diets of greasy street food and sugary drinks.

To understand the effects of street food in Indonesia, we need to go back to the 1960’s in my own country, the United States, when a transformation altered the way people ate food and, created a health crisis that has, today, reached epic proportions. 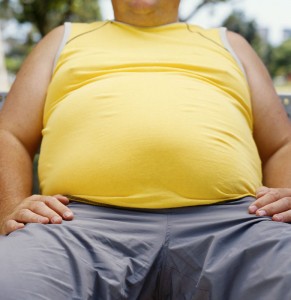 The obesity rate in America was just 14%. There were no Burger Kings, KFCs, or Wendy’s. Instead, local restaurants served regional cuisine, and cheap, farm-fresh produce allowed many families to provide healthy, home cooked food for meals. This is not to discount rampant poverty and malnutrition in poor communities (which exists as a major problem in Indonesia today, despite urban obesity rates), but, on the whole, people were healthier.

Things changed when, in the 1970’s, a chain named “McDonald’s” pioneered a new way of feeding people, providing identical tasting, fast, and cheap food that undercut family-run restaurants and even the home kitchen. The fast food revolution transformed agriculture (all those french fries come from one single type of heavily pesticided potato) and led to the development of massive, hormone-injecting, cheap-meat cow farms. The result; an obesity rate that has nearly tripled to 32%, dramatically higher rates of heart disease and diabetes, all directly tied to increased fats and sugars in people’s diets. Fast food, and its health effects are a recent phenomenon, just as street food and rapidly rising obesity are in Indonesia.

At the surface, street food stalls, often run by migrants and serving a wide variety of regional dishes; mie aceh, satay padang, bakso malang, don’t seem to resemble corporate fast food, but they are, in fact, very similar. Both are greasy, utilize low quality meat, are packed full of preservatives (including mono-sodium glutamate) and are cheap. A meal with a drink can be easily had for under 15,000 Rupiah, so low that many locals and expats alike take all their meals on the street, not finding the hassles of cooking worth it.

Many American families are forced to do the same. The 2008 documentary, Food Inc., had a poignant scene, where a lower-class Mexican-American family tries to buy produce for a healthy meal at a grocery store, only to find that it is more expensive than buying a meal at McDonald’s. The movie shows how the entire food system in the United States is built on providing cheap, low quality, chemical-laden products to mass consumers, and the devastating effects this has on human health, the environment, and small family farms. Today, Indonesia is undergoing the same process that America went through 50 years ago. Did you know that, on average, Indonesian farms use more fertilizer and chemicals than farms in America or Europe? Or that organic food is rare here? Kehati, the organization that I worked for last year, funded a pilot organic farm near Jogjakarta, but, upon learning that there was no market for organic products in Indonesia, focused on exporting their chilies and dragonfruit to foreign markets; Australia, New Zealand, or Singapore.

We often cannot imagine America without fast food – but only 60 years ago, that was what existed. Likewise, street food is a recent consequence of rapid urbanization, migration, and a food system that isn’t focused on providing healthy food. Foreign corporations are also to blame – where do you think the pesticides, seeds, and MSG is coming from? Europe, America, and Japan are profiting while Indonesians (and us) suffer.

There is hope. Just as I avoid street food here, when in America, I avoid fast food, preferring to visit the growing numbers of farmers’ markets and local, organic restaurants, a response to the industrial food system. Indonesia once had a strong home-food culture, and it still does, outside of the big cities. The villages of Bali still have small rice paddies and time-honored family recipes for delicious local food. Traditional Sundanese in West Java, famous for their usage of raw vegetables, still have feasts at family gatherings.

Unfortunately, the winds of change are blowing in the wrong direction. Judging from the crowds I see gathered outside the KFCs and McDonald’s in Jakarta, I wonder if the middle classes of Indonesia aren’t just going to trade one unhealthy, destructive food system for another.