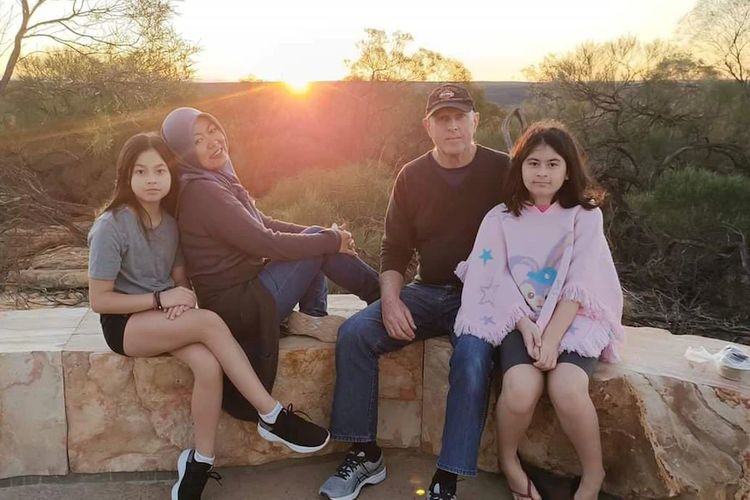 "I Was Mistaken as a Babysitter" Indonesian Women Married to Foreigners Seek to Break Stigma. photo ABC

Muntini Cooper thought that by inviting her extended family and neighbours to her wedding in Trenggalek, East Java, people would stop making assumptions.

“I thought this was enough to prove that we were legally married, but it wasn’t enough,” she said.

In 2003, she met an Australian citizen, Gary Cooper, who at the time worked for an Australian mining company in Indonesia. The two fell in love and married a year later. They lived in Trenggalek for eight years before moving to Balikpapan.

While in Trenggalek, she often received questions about where she could find foreigners.

“They thought I was one of the Indonesian migrant workers,” she recalled. “If we, Indonesian women, marry foreigners, it is as if we were naughty people or bound by contract marriages.”

Even when their house was being built, people speculated that her husband would leave her before the house was completed. Five years into the marriage, they welcomed twin daughters who have white skin, pink cheeks, and slightly blonde hair.

This became one of the happiest moments for her and her husband before it was ruined by a stranger’s comments.

“Wherever I go, I’m always mistaken for a babysitter. I would also get questioned, ‘Surely your husband is a Caucasian? That’s why your child is beautiful,” she added.

At one point, she limited her outside interactions and spent most of her time at home to avoid being stigmatised.

Yani Lauwoie, a communications consultant in Australia, was once asked if she was a Caucasian hunter when she married her husband Shannon Smith, who is also from Australia. At that time, she only replied with jokes, however, the same question that seemed to think that she was very dependent on her husband bothered her although she felt financially independent with a good career.

“Indonesian women who marry Australian men often get stereotypes that put us in an inferior position. It’s as if we are dealing with a Caucasian man, so there is another motive besides the motive of pure feelings for a loving relationship,” she said. “For example, seeking profit or a better life.”

Tired of responding to the stigma, Lauwoie decided to talk about the issue openly on the Mixed Couples podcast. She hosts this podcast with Mira Rochyadi and Sylvia Mira who have gone through a similar experience.

Broadcasting in Indonesian, they try to break misconceptions and educate their listeners from over 10 countries on the issue of relations between the two countries for the past year. To answer the big questions or taboos in each episode, they invite speakers with foreign partners from around the world.

A lecturer in children’s education, gender, and sexuality at Gadjah Mada University, Yulida Pangastuti, said that the stigma around mixed marriages was strongly influenced by the values ​​held by society during the colonial period.

“From various pieces of literature, indigenous women were often seen through the lens of hyper-sensuality, using their sexuality to seduce European men as nyai, concubines, and sex workers, solely for economic interests. While foreign men, especially Caucasians, were seen as symbols of power that provide political and economic advantages,” explained Pangastuti.

Pangastuti sees the podcast as a good initiative to add information on the intricacies of intermarriage.

“A lot of information is discussed in a way that is easily digested and understood by many listeners, including advocacy on the right to dual citizenship for families of mixed marriages,” she added.