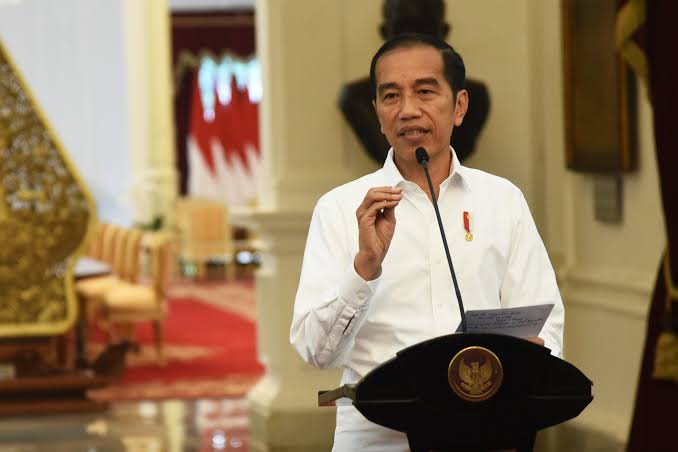 President Joko Widodo has visited a hospital for the emergency handling of COVID-19 patients in Wisma Athletes Kemayoran this morning.

Wearing a surgical mask and latex gloves, the president started the tour by looking at the space for the emergency installation (IGD) on the first floor, Tower 7, accompanied by BUMN Minister Erick Thohir and the Head of BNPB-Chairman of Task Force handling COVID-19, Doni Monardo.

After the visit, the president said he expects that the emergency hospital to accommodate up to 3,000 patients and will be able to operate later in the afternoon. “I see that infrastructure is ready; good for patient handling rooms, and ventilators.  Personal protective equipment is also ready,” said the president.

He then addressed complaints from medical teams about the availability of personal protective equipment (PPE). He claimed the government is ready to distribute another 105,000 PPE kits to the each and every hospital in the country.

He also conveyed his condolences for the doctors, nurses, and medical personnel who have died in the task of handling coronavirus patients. He confirmed that Finance Minister Sri Mulyani had calculated the incentives that will be given to the medical personnel per month during the outbreak of this plague.

Here is the complete statement by President Joko Widodo:

“Today, I visited Wisma Atlet which will be used to handle COVID-19.

A capacity of 24,000 people has been prepared for 3,000 patients with a well-managed spatial area, for patients, doctors, paramedics – all placed in different rooms. Facilities and infrastructure have been readied to serve patients; ventilators, and PPE (Personal Protective Equipment).

We hope this emergency hospital can be operational this afternoon. But I hope that it won’t have to be used, meaning that other hospitals will be able to handle this virus.

There are still many complaints related to the undersupply of PPE (Personal Protective Equipment). I need to say that all 180 countries are scrambling to get PPE, masks, and sanitizers. And we, with God willing, last Saturday obtained 105,000 PPE scheduled to be distributed to all hospitals in the country:

I would like to convey a message about Chloroquine. This product is produced by Kimia Farma in Indonesia. The Chloroquine is not a first-line drug, but a second-line. Due to the unavailability of COVID-19 drugs, there is no antiviral yet, but in many other countries, Chloroquine has been used and many patients have recovered. However, it requires a doctor’s prescription. The government has 3,000,000 in stock. If COVID-19 patients, under doctor’s approval need them, they will get them.

And last, my deepest condolences for the doctors, nurses, and medical personnel who have passed away. They were struggling but very dedicated to deal with the virus. On behalf of the government, the state, and the people, I want to thank you profusely for the hard work, struggle, and dedication in handling COVID-19.

On this occasion, we had a meeting yesterday where it was decided and calculated by the Finance Minister, that a monthly incentive would be given to medical personnel:

Which only applies to areas that have declared an Emergency Response status.