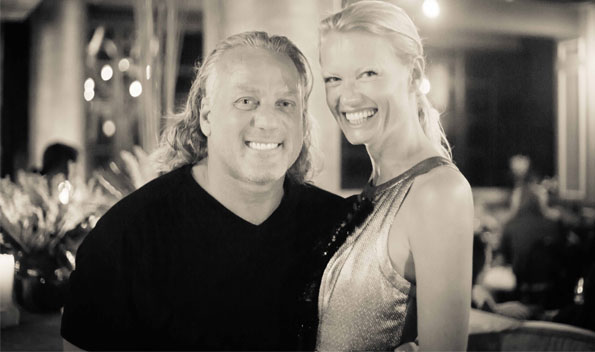 Meet Mark Baker. The ‘Godfather’ of New York City nightlife and the International King of Clubs shares his amazing life story and deep love of Indonesia as he prepares to open additional venues in Jakarta, Singapore, and Bangkok.

Who is Mark Baker?
I am originally from Brighton, England. I had a very unorthodox childhood – my father died of cancer when I was very young and my mother was dealing with life the best she could. So, I joined Chippenfield Circus when I was eight years old. When the circus left town I went with it. That was the start of my illustrious career of travelling. Obviously an eight, nine, ten-year-old boy in an environment which was not always a healthy one faced many challenges. The circus was fraught with fun and danger and all kinds of wonderful and terrible things.

When I was eventually dragged back from the circus, I resumed my education, but that did not work out. I was very worldly compared to the other kids my age and was considered disruptive and influential. I possessed too much information! I started skateboarding at thirteen and became one of the top ranked skaters in the world by the time I was fifteen. I hooked up with a group of guys called The Dog-town Boys from Venice, California of which Tony Alva was the lead guy. We did world tours and were acting like rock stars. There was travel and parties and groupies. We did crazy things in hotel rooms. We were all having an insane time travelling around the world and getting paid for it; it was great!

That all started to wind down by the early eighties. I went back to England and tried to have a day job; selling insurance, something ridiculous like that! Brighton is a town full of charismatic, wonderful, and dangerous people. Not having a proper education or a normal childhood, I would have ended up in trouble. So, I made a decision to try to get out. I met a group of fun, crazy guys from NYC, so I went to visit and I never left! 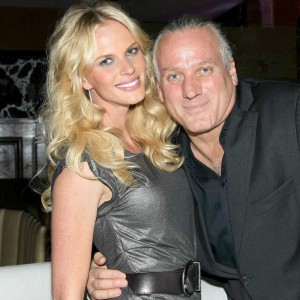 You have been called the Godfather of NYC nightlife. How did the first all-British skateboard legend from Brighton make that huge leap?
I started working as a waiter in the eighties and by the end of the eighties I had opened my own restaurant/club called Metro CC. The supermodel thing had just started and Linda Evangelista, Naomi Campbell and Elle McPherson were friends and regular clientele. Celebrities like Robert De Niro and Jack Nicholson, JFK Jr. and other colourful characters became regulars. This started my career in NYC, which was over twenty five years of owning and operating some of the top clubs in the city. We started to travel abroad to do parties and events like Fashion Week, Gran Prix, and Cannes Film Festival. All those international events were attended by a lot of the same people who came to our NYC clubs and who made up the fashion, art and entertainment network of that era. They were our friends, our gang, and we protected their privacy.

What was a big life-changing event in your life?
The most life-changing event was landing in NYC. That made the difference between going downhill and going uphill. NYC is an incredible melting pot of madness and genius. You’ve got every black sheep dreamer in the world there. Some make it, some die, and some end up just trying to get by. But it is true that if you can make it there you can make it anywhere.

Another life changer has been to make a permanent move from New York to Bali.

Why did you choose Bali?
Bali attracts a certain kind of personality. You have got to be an adventurer, a traveller, a bit of a pirate to end up on these shores. Bali has been a major influence in my life for many years. While I was still a waiter in NYC, I took a trip with my brother Allan, touring Southeast Asia on motorbikes; going to Thailand, sneaking into Burma, then on to Malaysia and finally Indonesia. I had always dreamed of Bali. The second I arrived in Indonesia, and especially Bali, I knew I loved this place; the people, the smiles, the landscape. This became my annual pilgrimage since 1985. I would come to Bali every August and sit up in Ubud overlooking Sayan terrace and sit in blissful silence. That to me was my magic place; my spiritual place.

I have seen Bali go through so many changes, but it remains consistent in one thing; the magic, beauty and the spirituality is still here. Despite the growing problems of garbage and traffic, Bali is still a magical place. I am very mindful of the pros and cons of making a business in Bali and the impact it can have on the local community. We, in turn, do our best for the community and the environment. It took 25 years of local relationships and friendships without whose cooperation Townhouse wouldn’t have been possible. Bali has a way of showing its karmatic side quickly. I understand and learn more about the cultures and language every day. I kiss the ground every time I land here.

What do you fear most in life?
Losing my health or my liberty. With those two gifts you can do anything you want to do.

What do you love the most about life, right now, at this moment?
Even after a morning, as busy as I’ve had, I love my life! I think since my father died so young of cancer, I have tried to fill every minute, every hour, of every day with as much as possible. I will not be on my death bed regretting I did not do enough in life. 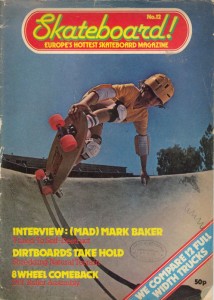 What are some of the weirdest experiences you have had in your life?
Getting shot and stabbed. Mostly by lunatics denied entrance to clubs in New York and altercations I had to deal with in the clubs. One guy was aggressively abusing his girlfriend in a club. When I was escorting him out, his friends jumped me and held me while he shot me in the head. His gun misfired. His pistol whipped me and I needed sixty stitches in my head! This was in a nice club. Another time, a guy just ran across the room and started stabbing me. I have lots of scars. Violence and horror are part of NYC night life, along with glamour and excitement.

What do you feel you have accomplished and what do you want to do in the future?
I managed to make a living out of partying. I created this job by following my passion. I loved to skateboard and became a world champion. I create total environments for people to network; 24/7, dine well, relax, and dance crazy. I left NYC while still at the top.

I have brought it all here to Bali. Not just the club but the Juice Press, the Lounge Club and the restaurant Canvas. I incorporated all our brands and translated it to Bali by creating Townhouse. Now we are bringing it to Jakarta, Singapore, and Bangkok. We attract an international mix of unique people in our venues. It’s not for the masses. It is geared to a chic, fashionable crowd of creative, intelligent and fun people.

I would love to have children. I would give all the love and attention I never got to my own children. I’d help them navigate through life with a guiding hand, as opposed to the rather nightmare scenario I went through and that so many kids go through, without someone to protect and nurture them. We did a lot of work with children in NYC and I look forward to a bigger role in that area here in Indonesia and later throughout Asia, wherever we have venues. I want to share the love by giving back.

MRT and Mobile Network Disrupted by Blackout Sunday in Indonesia