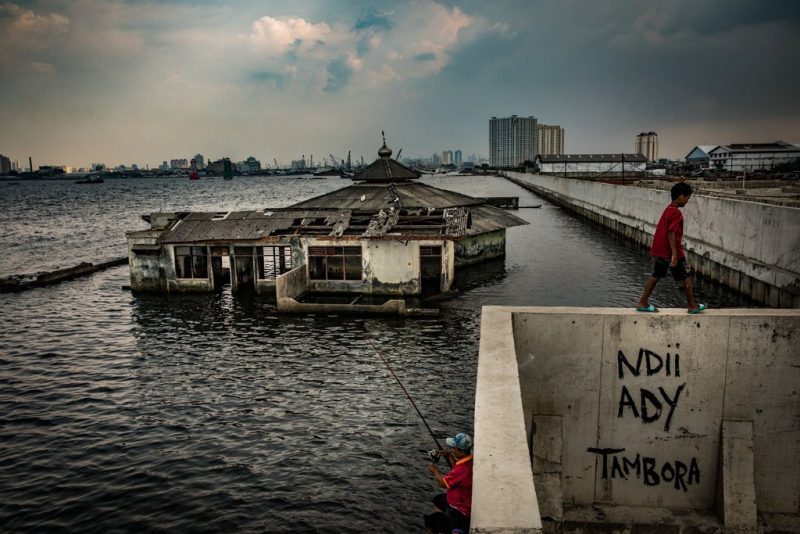 According to a Vice News Tonight segment on HBO, Jakarta is the world’s fastest-sinking city, with current estimates predicting that half the city will be underwater by the year 2030.

To keep flood waters out and deal with this unfolding crisis, the city is building a $10 billion sea wall. However, this solution is only temporary. Parts of Jakarta have sunk over 10 feet in the last few decades, and some areas are submerging at a rate of up to seven inches per year.

Since the city was built on top of marshlands, the millions of Indonesians who rely on drawing water up from aquifers that lay beneath its foundation is contributing to the problem.

“The only step forward is to evacuate four to five million people, or build this outer sea dike, which gives you another 20 to 50 years to solve all of the problems.” Dutch Hydrologist working on solutions for Jakarta, JanJaap Brinkmann, told Vice News.

Although this may be a practical long-term solution to the problem, relocating millions of people will be a challenge, as many of Jakarta’s residents are adamant about staying in their homes despite the dangers. In addition, city planners would still need to address the city’s flawed water infrastructure, which could take years to fix.