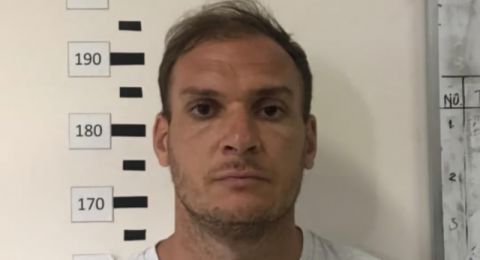 International Russian Fugitive on the Run in Bali

Andrew Ayer, aka Andrei Kovalenko, is a Russian fugitive wanted by Interpol who was imprisoned for a drug case in Bali.

He has escaped the local authority’s custody as he was readying for deportation after being handed over to Interpol on the island.

Andrew is currently still being pursued by the police and immigration authorities. He had previously served a prison sentence of one and a half years in Kerobokan Class IIA Prison, Bali for a drug case. The sentence had ended meaning that he was then passed to the custody of the Special Class I Immigration Office of TPI Ngurah Rai.

The handover was scheduled to be made on 3rd February 2021 for deportation proceedings to commence with Interpol taking over his custody. He was finally transferred to the Denpasar Immigration Detention Centre due to limited detention rooms.

During the transfer process to the Immigration Detention Centre, Andrew was visited by his female Russian friend, with the initials ET.  However, Andrew was able to escape from the immigration office during the inspection process.

The fugitive is now on the run, unwilling to be handed over to Interpol because he was already on the red notice. It is not yet known what case has led him having an arrest warrant with Interpol.

“We’ve proposed the assignment of the name concerned to the Wanted People List (DPO) to the Bali Regional Police and have coordinated with Bareskrim Polri,” said the Head of Information Section for TPI Special TPI Ngurah Rai, Putu Suhendra.

If you have knowledge of Andrew’s whereabouts, you can make a report to the WhatsApp number of the Class I Special Immigration Office of TPI Ngurah Rai Bali, 081236956667.