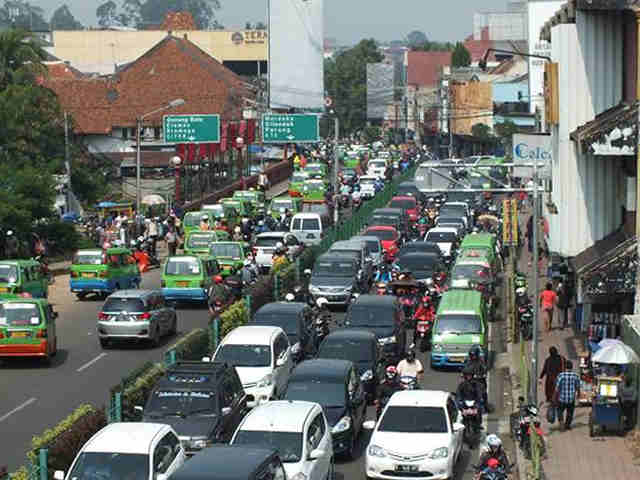 Bogor, a West Java suburb of Indonesia’s capital city Jakarta, was recently named as the second worst city in the world to drive in. In fact, the local media reports five out of ten of the world’s worst cities for driving are in Indonesia, according to a new survey from popular navigation app Waze.

A recent study by Castrol named Jakarta as the city with the world’s worst traffic conditions, and since then, local reporters have had a heyday with the moniker. However, Castrol’s study focused on the metric of stop-go traffic. Waze’s survey aimed to create a numeric score of driver satisfaction which factors in six qualitative and quantitative attributes such as traffic, safety, driver services, road quality, social economic factors and helpfulness of the navigation app.

With 10 being ‘satisfying’ and 1 being ‘miserable’, Bogor scored a shameful 2.15 on the Waze index. The only city worse than Bogor was Cebu in the Philippines, which topped the worst cities for driving list with a score of 1.15.

Denpasar, Bandung and Surabaya came in at fourth, fifth, and sixth place respectively. Jakarta ranked ninth, according to Waze, with 3.39 points. This is counterintuitive, as the survey indicated Jakarta is still the most dense metro area for driving, which means Jakarta drivers spend a lot of time in traffic. Denpasar and Surabaya scored 0.90 and 0.94 respectively on the traffic density measurement.