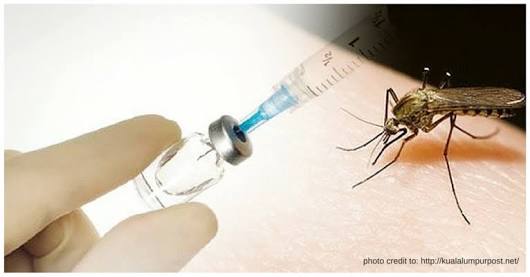 The outcry of dengue in Southeast Asia and the confusion and concern regarding its vaccine in the Philippines is something people in and moving to the region must be wary of, as many may be rushing to protect themselves and their family from various exotic diseases.

Dengue fever, which is spread by a particular species of mosquito which bites during the day , is a scourge across Southeast Asia. The scare surrounding the disease, which upon infection can progress to progress to the deadly dengue haemorrhagic fever or dengue shock syndrome, has led scientists to develop the world’s first ever dengue fever vaccine called the Dengvaxia vaccine.

With the vaccine now widely available, the Philippines health authority rushed to vaccinate nearly 734,000 children, as part of a program that cost the government 3.5 billion pesos.

However, the manufacturer of the vaccine, French drug company Sanofi Pasteur, announced recently the vaccine must be strictly limited due to evidence it can worsen dengue in people not previously exposed to the infection.

The World Health Organization (WHO) had apparently already flagged the risks of the vaccine in 2016 in a report, in which it recommended that the vaccine only be used in people who have had a prior dengue infection. The organization has said that it hoped to conduct a full review by the end of the year on the vaccine.

The developments have left families of children that been given the vaccine extremely concerned. It has also left other countries in the region confused as to the right course of action to take against the spread of it.

With many important questions still hanging over the vaccine, people should revert to more conventional precautionary measure such as using mosquito sprays and coils, removing any nearby stagnant water, keeping mosquito screens closed and even using a mosquito net during day and night.