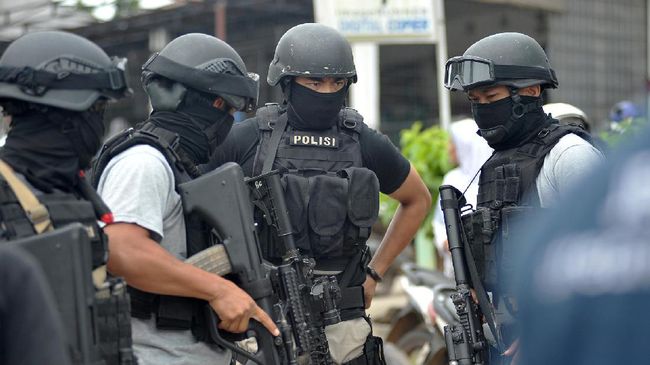 As many as 53 people who have been named as suspects in the suicide bombing at the Makassar Cathedral Church, South Sulawesi, on 28th March 2021, could face the death penalty or life imprisonment.

Of the 53 suspects, Zulpan said there are seven women and 46 men. However, he was unable to confirm the suspected roles of the 53 people.

“What is clear is that they were named suspects based on Article 184 KHUP, namely two valid pieces of evidence have been presented,” he said.

After the suicide bombing in front of the Makassar Cathedral Church, by a husband and wife with initials L and YSF on Sunday 28th March, the Indonesian Police’s Densus 88 Anti-terror Team conducted an investigation. They pursued the development of the terrorist network in Makassar, Maros, and in Gowa Regency, South Sulawesi.

As a result, Densus 88 arrested and revealed the roles of the suspects, who all had different tasks in the incident. Some provided assistance to the suicide bomber couple by preparing explosives; others were involved in surveying locations to motivate suicide bombers.

A number of people have been pursued with these 53 having been named as suspects, including officials from state-owned enterprises who were arrested in Maros Regency.

In addition, Densus 88 has also confiscated a number of pieces of evidence such as air rifles and explosives, including the explosives that had been used by the couple in detonating themselves at the location.