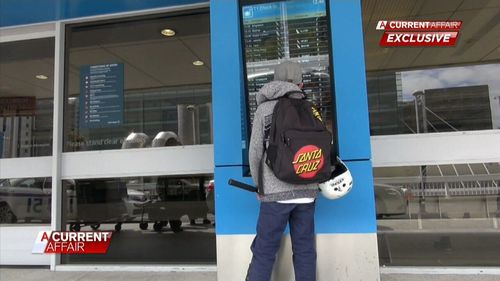 A 12-year-old boy stole his family’s credit card and travelled alone to Bali after a heated argument with his parents.

The boy told his parents that he was going to school. Instead, he stole their credit card, tricked his grandmother into giving him his passport, and flew to Bali alone. He was able to do so by researching Australian airlines which allow minors to travel with only a student ID and passport without a letter from a parent or guardian.

He then took a train to Sydney airport and checked in at the self-service station, got through security and boarded a flight to Perth, then on to a connecting flight to Bali. The boy booked himself into an All Seasons hotel and upon arrival, he told staff his sister would be joining him later.

His mother reported her son missing after discovering he never made it to school, and when she found out he travelled overseas, she immediately went to Bali to retrieve her son. He spent four days alone in the country.

When interviewed by an Australian news segment, A Current Affair, the boy’s mother said she was “Shocked (and) disgusted. There’s no emotion to feel what we felt when we discovered that he had left overseas.”

When asked about his experience, the boy told the news segment, “It was great, because I wanted to go on an adventure.”

Meet Esti McMillan, Founder of EMC – Relocations with a difference