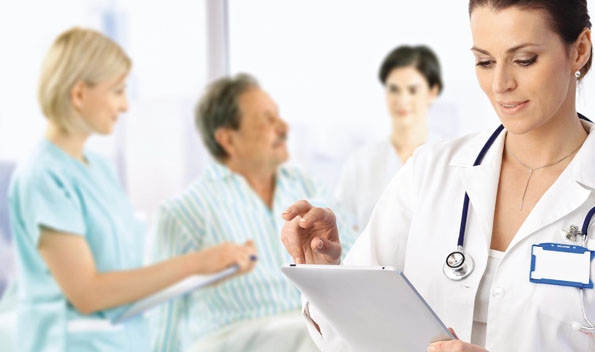 Indonesia aims to implement a system of universal healthcare by 2019, but that won’t stop the country’s richest citizens from going to Singapore hospitals when it’s time to die. Healthcare should not only be free for the nation’s poor, but should also be of high quality.

Ask affluent Indonesians why they prefer to go to Singapore, Malaysia or Australia for medical treatment and the answers are generally the same. “Indonesian hospitals are only interested in making money. Foreign doctors spend more time with the patient and clearly explain your problem and its treatment. They provide better services and don’t make you have unnecessary operations.”

When I suffered a throat problem last year, I made an appointment to see a specialist at Medistra Hospital in Jakarta. After a long wait, I was ushered in to see the doctor, who made an extremely cursory examination in under two minutes and confidently informed me I was allergic to an air conditioner. I told him that I never use the air conditioners in my apartment.

When I requested a more thorough examination, such as an endoscopy or an MRI scan, the doctor became conspiratorial, handed me his card and told me to make an appointment to see him at a hospital in Pondok Indah, where he also worked. Then he gave me a prescription for four medicines to counter the discomfort in my throat. I didn’t buy any of them.

Next, I tried Dharmais Cancer Hospital, where I didn’t even get to see a doctor. They wouldn’t approve me as a patient because I declined to fill in the “religion” part of the admissions form.

After that, I booked a flight to Singapore. On arrival, I went to Singapore General Hospital, filled in a simple form and was given an appointment for the following day. The doctor who examined me was accompanied by two medical interns – one Swedish and one Malaysian – something you won’t experience in Indonesia, as foreign doctors are banned from practicing.

I received a thorough examination, including an endoscopy and a CT scan, then a diagnosis of my ailment – all within a day. I was not given any pills or injections. The consultation and tests cost about SGD$1,000; well worth it for the peace of mind.

Extremely rich Indonesians can purchase greater peace of mind at Singapore’s Mount Elizabeth Hospital, where basic tests can set you back SGD$8,000 or much more should you want a deluxe or VIP room.

Back in Indonesia, Jakarta Governor Joko ‘Jokowi’ Widodo’s policy of free healthcare for the city’s poor was big news. In a country where politicians traditionally steal from the people, this was revolutionary. Not surprisingly, rival politicians criticized the policy as unworkable and too expensive.

This July’s presidential election will be a showdown between Jokowi, representing the Indonesian Democratic Party of Struggle (PDIP), and former general Prabowo Subianto of the Greater Indonesia Movement Party (Gerindra). Both parties are campaigning for free healthcare for the poor.

Gerindra’s health policy is particularly impressive: a modern hospital in every regency and city; social security for the poor, disabled and displaced; increased roles for integrated health centres and community health clinics; a “white revolution” through the provision of milk for poor school children by establishing cattle and goat dairies; and undergraduate and newly graduated doctors must serve in poor and disadvantaged areas.

Many people are unaware that Indonesia is already on the path to universal healthcare. One of PDIP Chairwoman Megawati Sukarnoputri’s final acts as president in October 2004 was issuing the National Social Security System Law, which mandates social insurance and healthcare assistance. The country’s four state-owned insurance companies, all of them profit-oriented, were supposed to merge within five years into a single non-profit social security agency.

This policy stalled during President Susilo Bambang Yudhoyono’s first term in office (2004-2009) due to a dire lack of political will, as the state-owned insurance firms were reluctant to give up their profits. After much debate, a law on the creation of a National Social Security Agency (Badan Penyelenggara Jaminan Sosial – BPJS) was eventually passed in November 2011. The scheme will cover all Indonesians and foreigners who have lived in the country for at least six months. When afflicted by illness, the poor should be able to access free treatment at a third-class room in hospital, whereas higher income earners paying for compulsory health insurance can be treated in superior rooms.

There will be two social security agencies: BPJS I for health insurance and BPJS II for employment benefits, including pensions, occupational injuries and death coverage. To support BPJS I, the Health Ministry has planned a National Health Insurance (Jaminan Kesehatan Nasional – JKN) scheme, which should be completely in place by 2019. But there remain many challenges to restructuring Indonesia’s healthcare system. Transparency will be vital to ensure that corrupt officials do not misuse subsidies intended for the poor. Many details still need to be ironed out, such as how to collect compulsory healthcare premiums from salaries and how to ensure that levied funds are used to directly assist the genuinely poor.

Beyond universal healthcare, future governments will need to instil greater professionalism in hospitals. It won’t hurt Indonesians to allow qualified foreign doctors to work here. Doctors should stop over-prescribing antibiotics and stop promoting the mentality that every minor ailment requires numerous forms of medication. Hospitals should also stop giving the names and phone numbers of new mothers to companies that then telephone them and try to sell them powdered milk.

Hospitals need to learn to accept criticism. Indonesia should be ashamed of the case of Prita Mulyasari, a housewife who was jailed in 2009 because she complained that Omni International Hospital in Tangerang had misdiagnosed her case of the mumps as dengue fever.

On a more positive note, Indonesia does have a good reputation for reasonably priced and competent dental care. Some foreigners actually come to Jakarta to get their teeth fixed.

If the next government wants to improve the quality of human development and save money on healthcare, it will be necessary to encourage many Indonesians to adopt healthier lifestyles by quitting smoking, eating less fried and sugary foods, doing regular exercise and paying greater attention to road safety.

Should politicians set an example by visiting only Indonesian hospitals? Prabowo’s mother died at Mount Elizabeth Hospital in 2008. Megawati’s husband died at Singapore General Hospital last year. It doesn’t really matter where we die, but politicians should strive to ensure that treatment abroad will no longer be deemed necessary, while the poor should never be denied treatment.