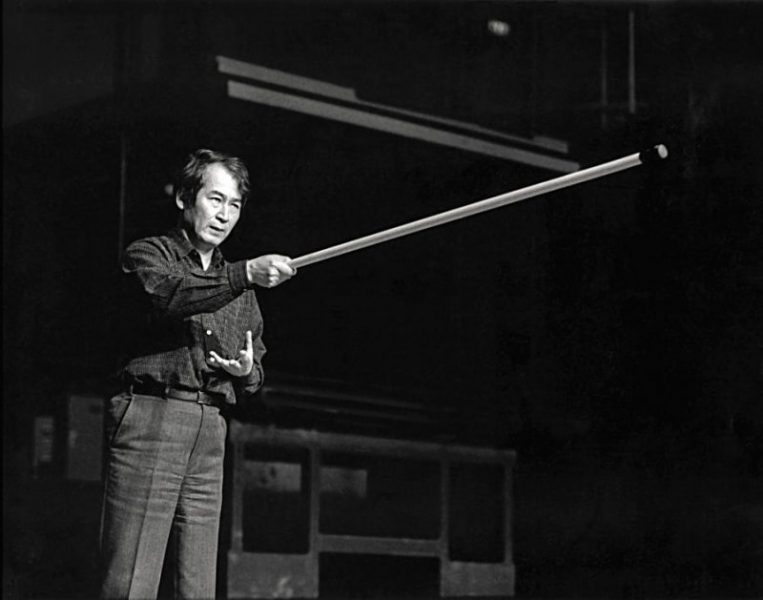 Indonesia and Japan are solidifying their bilateral relationship by co-producing a theatre show, directed by Japanese theatre maestro Tadashi Suzuki. Local producers are hoping that the upcoming production will provoke conversations about Indonesian talents on an international scale. What can we really expect from this artistic collaboration?

Restu Kusumaningrum is on an important mission to bring Indonesian theatre to the global stage. “We [Indonesian theatre] are still behind when it comes to joining international forums,” the founder of Bumi Pernati Indonesia said in a press conference. So whenever she sees the opportunity of promoting and developing Indonesian talents she will most likely take it. That said, her latest project is not like any other artistic ventures that we have seen before as this time it involves internationally acclaimed theatre director, Tadashi Suzuki.

Kusumaningrum met with the director in 2015 when she joined Japan’s oldest international theatre festival organized by Suzuki Company of Toga (SCOT), a theatre company helmed by none other than Suzuki himself. For years, SCOT has invited a select number of theatre actors from countries across Asia to join its summer festival in the mountainous village of Toga, Toyama Prefecture, where they are given the opportunity to train and learn Suzuki’s renowned acting method. That year, Suzuki agreed to direct Indonesian actors in a production that is scheduled to premiere next year.

With Suzuki’s direction in the production, Indonesia and Japan are preparing for a huge collaboration. The production will include 13 Indonesian, one Chinese and one Japanese actors that have been selected to join the play Dionysus. The play is adapted by Suzuki from a classic Greek tragedy, The Bacchae that was originally written by Athenian playwright Euripides. Given the tradition of artistic collaborations between the two countries, the Suzuki’s Dionysus will highlight some of Indonesian cultures.

This brings us to the part where we learn about what to expect from Dionysus. Kusumaningrum could not hide her excitement when explaining how determined she was to deliver her project with a rather patriotic spirit. The play will be showcased in multiple national languages, including Batak, Rejang, Madura, Manado, Sunda and Javanese. Sitting next to her during the press conference was a local designer, Auguste Soesastro, that will also participate in creating six intricate costumes for Dionysus.

While these are things that we will be able to directly observe on stage, it is also worth noting that the process behind the co-production will also reflect its potential success. For example, the project began with a selection process, which according to local production team, was quite tricky. Many Indonesian theatre actors struggle with adapting to Suzuki’s training method, that vehemently requires strong physicality. Those who have made the cut still need to work hard on perfecting their skills and getting them to Suzuki’s standards, making the training process even more challenging.

Aside from its cultural agenda that is mainly concerned with strengthening partnerships between the two countries, the theatre collaboration between Indonesia and Japan might help local artists and companies realize their full potential and also increase the public’s awareness about theatre and its issues – which are predominantly important in helping Indonesian theatre to progress.

Dionysus is scheduled to world premiere in August, 2018 in Toga, Japan and in Prambanan Temple, Yogyakarta, Indonesia in October 2018.

9 Important Tips That Will Make Your Garage Space Safer