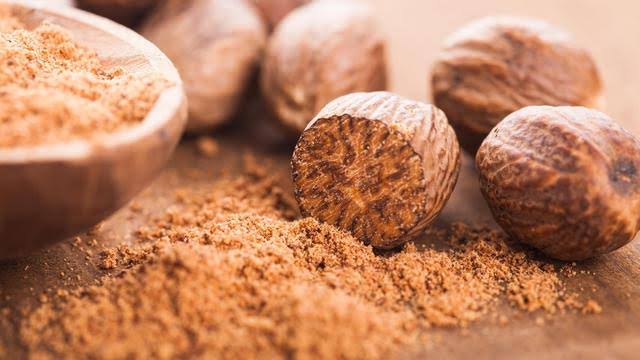 Ever wondered what the distinct spices are that get sprinkled into your favourite lontong sayur, masakan padang, soto ayam, martabak, rendang, and sate ayam?

Indonesia’s multifaceted cuisine is heavily influenced by the Indian, Arabian, and Chinese traders that came to Indonesia long ago, bringing their essential ingredients with them. But, there are a few spices grown and found in Indonesia, considered as exotic to expats yet comforting to Indonesians.

Here are the top Indonesian spices you should store in your pantry to whip up your favourite Indonesian dish and serve as a natural remedy to get you through days when you’re feeling under the weather.

Maluku and Ambon are homes to the world’s biggest clove production. Used for its distinctive taste and as a herbal remedy to combat cold weather allergies, clove, or cengkeh, is a favourite spice of people in Europe and Asia. The Portuguese valued cloves at the same rate as gold in the past, and the Chinese Emperor believed people could have good breath after chewing cloves.

Lampung is the largest pepper producer in Indonesia. Almost 80 percent of Indonesian pepper is exported, making the country the second-largest pepper exporter in the world. This original Indonesian spice warms our bodies and is also believed to cure influenza. Though there are two kinds of pepper, white and black pepper, Indonesians mostly use white pepper or merica.

Cinnamon, or kayu manis, like all other Indonesian spices found everywhere here, can be used to improve your health, it’s said to control blood sugar, relieve headaches for rheumatic patients, and prevent infection. There are four kinds of cinnamon: Ceylon, Cassia, Saigon, and Korintje. Indonesia is the chief producer of cassia cinnamon, a sharp scented, spicy, and quite a bitter type.

Food and beverages in Indonesia commonly have ginger, or jahe, as part of the recipe because of the warming feeling it gives, especially when someone has a stomachache or a cold. One of the most popular beverages is wedang jahe, which is found pre-packaged in sachets or made from scratch. There are three kinds of ginger: white ginger, or jahe emprit, for foods and traditional herbal drinks; yellow ginger, or jahe gajah, for food; and red ginger for medicines and to make ginger oil.

The nutmeg plantation in Banda Island, Maluku was controlled by the Dutch during their colonialist rule in Indonesia. Grown only in fertile and quite dry soil in the middle of s tropical climate, nutmeg, or pala, is used as a cooking ingredient, as well as in traditional medicines.

Shaped like a grass with thick skin, coloured in yellow or green, lemongrass, or serai, contains citronella, which is an effective mosquito repellent. Besides, the oil can relieve bloated stomachs, can improve digestion, is used as a skin moisturiser, and also prevents body odour.

Cardamom, or kapulaga, acts one of the world’s most expensive spices after saffron and vanilla, set at the same price as gold in international trade. Black cardamom is normally used as an ingredient to make curry, while the green one is an additional ingredient to make coffee, tea, and cookies.