Jalan Jaksa and Jalan Palatehan have been serving the needs of tourists and expatriates in different ways for decades.

Jaksa, a narrow street in Menteng, is Jakarta’s sole backpacker strip and is also popular among expats requiring cheap beer. Palatehan, in Blok M, is the main haunt for Western men seeking female company. Both streets are constantly evolving and the pace of change is accelerating amid the inner city’s gentrification under a booming economy. Some long-time patrons fear that rising land prices are pushing hostels and bars on leased premises to extinction. 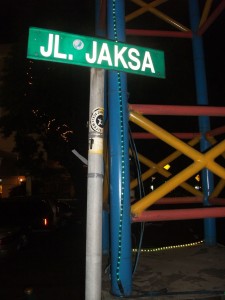 Jaksa is starting to change beyond recognition, with new high-rise hotels, apartments and office blocks going up. The street got its name (which means ‘attorney’) because it had accommodated students of Batavia Law College, which opened in 1924 in what is now the National Museum (with the elephant statue out front) on Jalan Merdeka Barat. By the early 1960s, Jakarta’s only youth hostel was Hotel Polisi, operated by the National Police. When it closed down, a worker at the police’s Bhayangkara travel agency, Nathanael Lawalata, converted his house on Jaksa into a youth hostel in 1969 and named it Wisma Delima. More hostels and then bars followed on the 400-metre-long street and its numerous alleys. Delima (which means ‘pomegranate’ and also refers to the founding family’s five members) is now run by Lawalata’s son Boyke. It’s one of the cheapest places and has 14 simple rooms, with prices ranging from Rp.40,000 for a dorm bed to Rp.85,000 for a double. Alongside Delima, a seven-storey office block is under construction. Boyke is not enthused by such developments but has no plans to sell. His children are also keen to preserve the friendly spirit of accommodating foreign visitors.

Further down the road, work has commenced on the Aston D’Batavia condominium, which will have 900 rooms over 18 floors upon completion next year. Units are now on sale, starting at Rp.693 million ($75,000) for a studio apartment. According to the developer’s spiel, investors can expect an annual return of Rp.171.36 million ($18,455). Wishful thinking, perhaps, that anyone would pay $1,540 a month to live on Jaksa, but the value of these apartments could soar within a decade or two.

Some of Jaksa’s newer hotels, with rooms from Rp.165,000 to Rp.325,000, are a welcome improvement from the run-down ones of the past. Owners boast the street is safer than 5-star hotels because a neighbourhood watch system reduces the risk of infiltration by terrorists. Locals have usually kept out the violent Islamic Defenders Front, which only managed to smash a crate of beer bottles, some umbrellas and a sign during one rare foray onto the street.

Jaksa has been less immune to minimarts, which are displacing warungs and reducing the variety and quality of food on offer. They circumvent the city’s entertainment and restaurant taxes because although there are tables, chairs and cheap beer, there’s no actual table service. The street itself gets certain tax breaks because of its special status as a tourism location.

At Jaksa’s once-quiet southern end, there now stands a 10-storey hotel and serviced apartment block called Morrissey, which went up only a year ago. The name was apparently inspired by the former frontman of melancholic English 80s band The Smiths as a branding gimmick. A night in one of Morrissey’s 135 units ranges from Rp.950,000 to Rp3.2 million. About 60% of the guests are Indonesians.

One of Jaksa’s more incongruous hotels is Wisma Haji, which belongs to the Religious Affairs Ministry and has been around since 1987. Despite the name, it’s not a residence for Muslim pilgrims, but rather a place for local government officials from outer provinces to stay when in Jakarta. It also takes paying Indonesian guests, charging Rp.200,000 for a standard double room. It is a shining example of pluralism that this Islamic hotel coexists harmoniously opposite Papa Cafe, where wretched, inebriated expats would pass out on the tables at dawn, impervious to entreaties from optimistic prostitutes. The street’s relatively small number of freelance female, male and shemale prostitutes expect to earn about Rp.300,000 per trick but rarely ask for money up front. 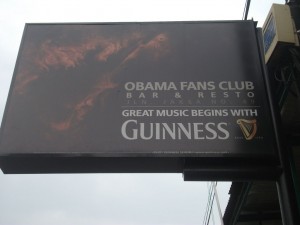 Not all foreigners on Jaksa are Westerners. Some are asylum seekers from the Middle East and Pakistan. There’s a strong contingent of Africans, often unfairly ostracized and stereotyped as gangsters due to the involvement of a few in drugs and scams. The two bars catering for Africans are Alis, which opened in 1999, and the more popular Obama Fans Club, which had to wait for years to get permission to open. Immigration officials occasionally raid Jaksa, targeting any foreigner unable to produce a valid visa. Authorities have also cracked down on open drug use.

Many locals complain Jaksa is losing its character and identity, but without any significant heritage to protect, development is inevitable. There are hopes a future Jakarta governor will either save the street from complete redevelopment or relocate hostels to Kota Tua, where there’s an abundance of tourist attractions.

Palatehan, often spelt Falatehan, is named after Fadillah Khan (alias Fatahillah), the Muslim warrior whose army in 1527 invaded Sunda Kelapa, killed most of the Hindu population and destroyed much of the city, renaming it Jayakarta. Running off Blok M’s bus terminal, Palatehan has only rarely suffered violence and destruction since its development as a nightlife venue in the early 1980s by an Englishman, the late Darryl Patton, and Karno, the wayward son of an Indonesian diplomat. One of their earliest ventures was Tambora, which became one of the city’s most popular pick-up bars. After their partnership ended, one of Karno’s henchmen in 1989 murdered a rival bar owner. Karno himself was murdered a few years later and Tambora was burnt down in March 1997 after everything of value had been removed.

Palatehan now has eight bars, which is superfluous to demand. Despite its reputation, the street is not just about sex. Sportsmans Bar, which is currently on the market, is a comfortable place to watch international sport and enjoy a drink without being bothered by deafening bands or bar-girls. Next-door is Everest, rated by many Palatehan regulars as the best place for service, atmosphere and televised sports. At the other end of the street is Maxi Bar, best known for its food. The venues with bar-girls are Top Gun, D’s Place, My Bar, Highway to Elle, and to a lesser extent, Oscar Pub, which has recently changed hands. Not far away, near where buses exit the terminal, is an old bar called the Club, referred to unkindly as “the whores’ graveyard” on account of some of the older women who offer massage services at the “dark side” of the main bar and in upstairs rooms. The Club will close within two months and be redeveloped into a hotel.

There are no brothels on Palatehan, only freelance prostitutes. The going rate for an “overnight” starts at about Rp.500,000, which is generally expected rather than demanded. A glass of draught beer costs from Rp.30,000 to Rp.38,000. The busiest place is Top Gun, whose owner recently opened a minimart (selling cheap large bottles of beer) across the street, right in the middle of his competition.

Some regulars say the level of business on Palatehan remains constant but others insist the street is dying. Certainly, there are now more drinking options in Kemang. And men looking for sex have long been able to visit 5-star hotel bars, such as BATS (Shangri-La Hotel) and CJs (Hotel Mulia), as well as a plethora of brothels in northern Jakarta. Some philanderers are even turning to sites such as dateinasia.com and tagged.com but these don’t provide the instant gratification available via Palatehan.

Kenneth Yeung had 15 years ago passed out in every bar on Palatehan and Jaksa, but is now a stranger to both streets.

PeduliLindungi: Trains and Planes Can be Booked Without App in October