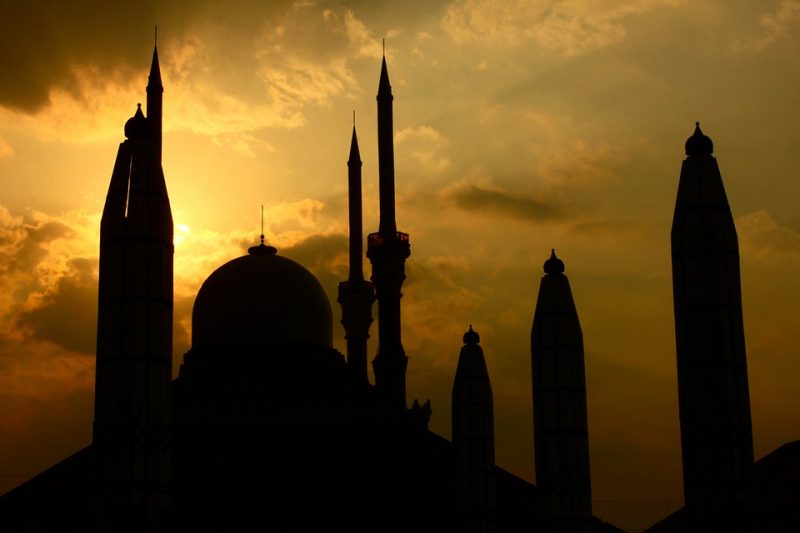 With around 87 percent of local Islamic residents celebrating Ramadan every year, others have no choice but to show respect. But what is it really like for non-Muslims to experience the Islamic holy month?

During Ramadan, all Muslims are expected to dedicate themselves to a month-long spiritual detox. In general, this means that they are not allowed to eat and drink from dawn to dusk, as well as do things that could be considered as morally or religiously inappropriate.

But for non-Muslims, the fasting month can oftentimes be a great challenge. Some might wonder if it would be too ignorant to actually eat in front of those who are fasting. If it would be too insensitive to ask why people have to fast. Or perhaps, some of them already have the answers to all the frequently asked questions about Ramadan, but still need to adjust themselves to the Islamic holy month.

As a Muslim living in a country with the largest Muslim community in the world, I find it really interesting to explore what Ramadan truly means for those who do not actually celebrate it. Last year, the World Population Review reported that the archipelago is comprised of as many as 260.7 million people, with about 202.9 million of them identifying as Muslims. So every year, I imagine that there are approximately 13 percent of the population who probably share a unique experience throughout the fasting month.

For Dutch expatriate Markus (not his real name), Ramadan is definitely something he can tolerate. He is indeed aware of the fact that fasting is similarly recognised in other religions, although he also thinks that people should not only practice it during the holy month.

“Personally, I agree with the value of fasting but I think that it should be practiced on a daily basis and not in a specific month. Otherwise, Ramadan will look like a one-month sacrifice while the rest of the year will mean as if you are free to do whatever you want,” Markus said in an interview.

As a Marketing Consultant, Markus said he has no problems with his Muslim staff fasting, despite noticing that they might sometimes arrive late to the office and must leave earlier to join their family or friends during breakfasting. Regardless, he claims to be ‘flexible’ as long as they can manage their work properly.

In a different case, some non-Muslims even go so far as to join fasting. In addition to showing respect to their Muslim friends, they also enjoy the experience gained from the practice. Maria (who also chose not to reveal her real identity), for one, thinks that Ramadan is all about self-control and is therefore delighted by the positive results it can bring.

“I felt fit, refreshed and healthy. My body weight is also under control,” she said, as quoted by Global Indonesian Voices.

The fact that a number of non-Muslims are able to show respect for their Muslim friends for 30 days proves that tolerance is still something that Indonesians believe in, despite the nation’s growing concern for religious intolerance.

It is indeed ironic to see the Muslim community disparaging those who share different set of religious faiths, especially during the fasting month.

During last year’s Ramadan, for instance, local Islamic hardliners released an ultimatum, urging all restaurants to be shut down throughout the entire holy month. The notorious Islamic Defenders Front (FPI) protested against eateries which operated during daytime and claimed they must at least use curtains to respect those who fast.

“We are ready to close down these sinful places, ready to dismiss cafes, ready to dismiss prostitution. We all have the same obligations [to tell] café owners that serve food and drinks to operate on the afternoon,” said Head of FPI Depok Habib Agus, as reported by Okezone.

In the past several years, FPI has launched a mission to raid nightspots open during the fasting month, claiming that these places defied the morals of Ramadan because of the belief the spots bring in sex workers and drug addicts. Their actions raise concerns among all Indonesians, whether or not they identify themselves as Muslims.

Perhaps, instead of mulling over how non-Muslims should behave during the holy month, we Muslims also need to work out a way to get rid of our religious arrogance. It appears that this will remain a huge task for local Muslims to complete in the coming years.