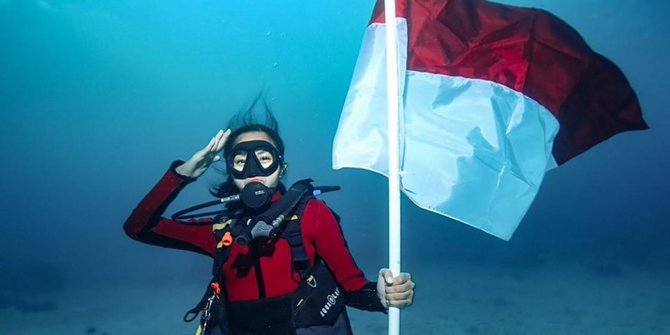 President Joko Widodo discussed the meaning of independence during the commemoration of the 75th anniversary of Indonesian independence.

His Twitter account, @jokowi, stated that the Indonesian people can enjoy the meaning of independence because they achieved it through their struggles 75 years ago.

Jokowi also expressed optimism “As a nation that was born out of struggle, we believe: in every difficulty, there is always a way out,” he said.

In his tweet, Jokowi also uploaded a video regarding the obstacles of the COVID-19 pandemic. He said such an obstacle has never been faced before. However, the president believes that with a burning passion these obstacles can be overcome.

Kirana posed respectfully towards the camera. This is a unique way for Kirana Larasati to celebrate the 75th anniversary of Indonesia’s independence. In the photo caption, Kirana wrote a short poem related to the moment of independence: “Mackerel sharks. Longevity the unitary state of the Republic of Indonesia, (Ikan hiu ikan tenggiri. Dirgahayu NKRI).”