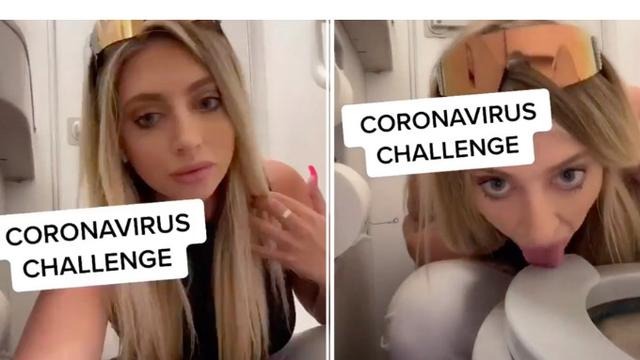 Recently, a 22-year-old social media influencer did a hideous act in response to coronavirus by uploading a video on TikTok of her licking a toilet seat on an aeroplane.

Following her actions, many people began to comment and criticise her act. The short clip featured Ava Louise, the influencer, crouching in front of an aeroplane toilet before beginning to lick it.

It was first uploaded on Tiktok and then to Twitter. Soon after, it got removed from Tiktok following the controversy, since it might have provoked people or minors to do the dangerous challenge.  The video reached 297,500 views on Twitter since it was shared on Saturday.

Coronavirus has killed thousands of people worldwide. The influencer seemed to be unbothered by her actions and said it on Twitter it was a social experiment.