McGettigans Kuningan injected a dose of liveliness into the second Indonesia Expat Mixer event this year, offering a delightful atmosphere on Wednesday, February 19, 2020. Both Indonesians and expats mingled and joined in the fun, while also relaxing with spectacular music. The evening was a huge success; more than 100 guests attended the event which was accompanied by free flow beers from König Ludwig Weissbier and Kaltenberg from 7 to 9pm, a choice of light bites, as well as this Irish pub’s Ladies Night deals in which ladies get three free cocktails from 8 to 10pm. The Indonesia Expat Mixer was scheduled to wrap up at 9pm but most guests stayed later to chat, socialise and enjoy the great vibes. As usual, Indonesia Expat held a lucky draw for guests who placed their business cards in the night’s magical fish bowl. The prizes on offer were a one-night stay in the Wyndham Casablanca Jakarta and a one-night stay at the Aston Hotel Simatupang. 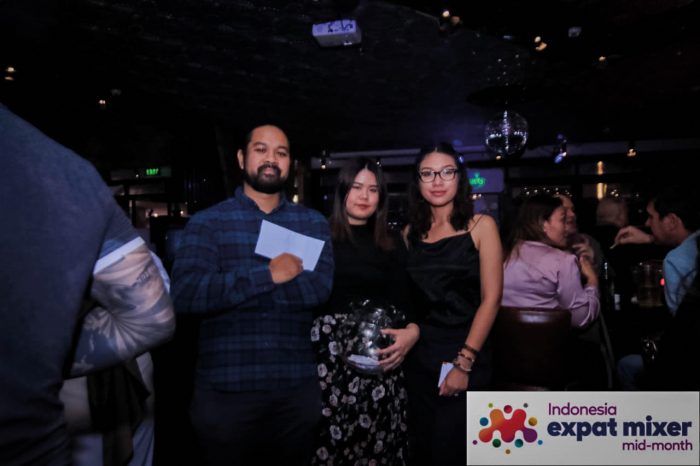 Offering a space for people from around the globe, the Indonesia Expat Mixer gave everyone a chance to expand their social network or just to take a break from their daily grind.