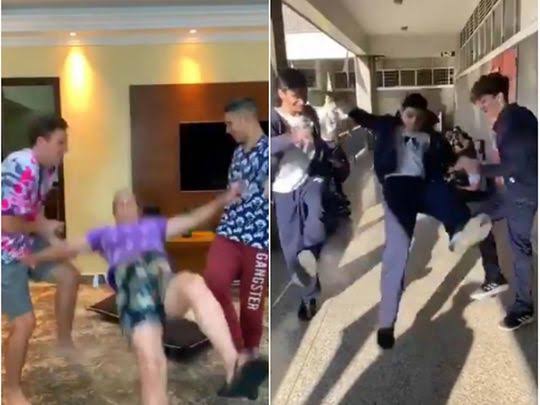 TikTok, is known as China’s mobile-based app that enables users to make and share short videos, usually lasting for 15 to 60 seconds.

Recently, the Communication and Informatics Ministry, which oversee Cyber Patrol, have begun to supervise the dangerous challenge Tiktok has on the platform at the moment; “Skullbreaker”

The challenge involves 3 people jumping side by side, with the two people on the left and right side kicking the foot of the friend in the middle, who then falls into a supine position and leading them to hit their head on the ground.

The ministry’s acting head of public relations bureau, Ferdinandus Setu, said on Antara on Monday, “We have been conducting cyber patrol using our AIS engine. For TikTok (content) in Indonesia, there is not one (case recorded). The contents of the dangerous challenge are mostly reported in South America”.

However, this might become dangerous in the near future if it has not been supervised. The minister also implored Indonesians to take this seriously and urged them not to follow these kinds of challenges.

“We have also coordinated with TikTok yesterday to continue to monitor and supervise the hashtag or content of the dangerous challenge,” he noted.

TikTok Indonesia’s head of Users and Content Operations, Angga Anugrah Putra, noted in a written statement, “As stated clearly in our Community Guidelines, we do not allow, promote, or support dangerous challenges that can result in injury.” TikTok was previously blocked back in 2018 but has since become accessible in Indonesia but the user’s security and safety is the top priority, stated Putra.

“(People) are playing TikTok just for fun, so there is no issue of blocking. Please do not endanger yourself, as there are lots of entertaining things to do on TikTok, such as dancing and singing,” Setu noted.